Another Kind of Melt 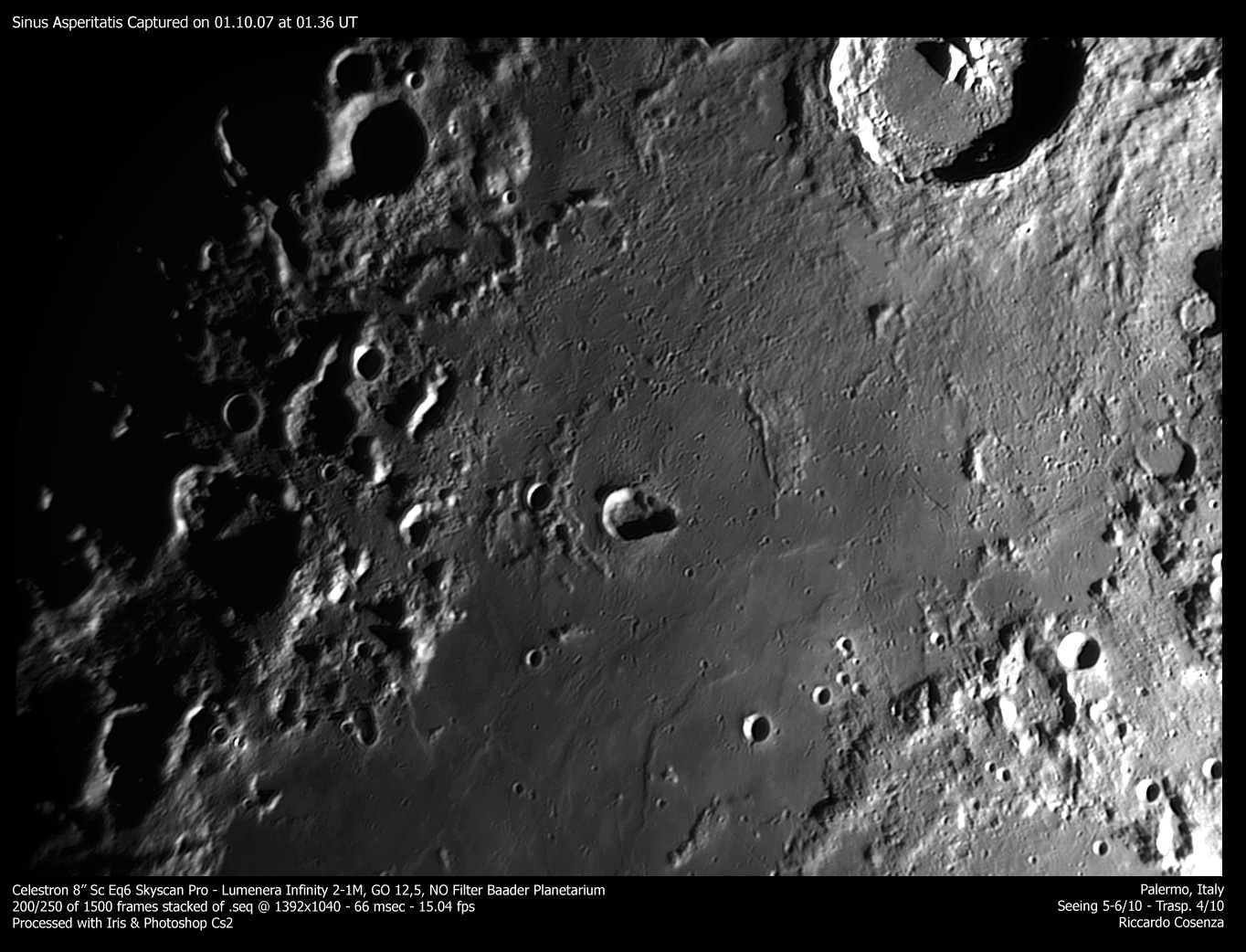 This stunning image comes from an Italian amateur I had never heard of - but I hope to see much more from in the future. Riccardo uses a normal 8″ Celestron and somehow gets these extraordinary results. At upper right is Theophilus and seen very clearly are smooth ponds of impact melt just beyond the rough rim mound of debris - called a glacis in 18th century Moon books. These are not volcanic rocks, which by definition are melted by heat from within the world, but are impact melts that were melted by the tremendous energy of the impact that created Theophilus. The melt rocks originated inside the forming crater and were ejected near the end of the process, as seen by the fact that they drape the uplifted and falback created rim. Beyond the melts is a continuous layer of ejecta that gives way to regions intensely pitted by secondary craters. Theophilus is a young enough crater (not dated but probably between 1 and 2 billion years old) that much of its original ejecta deposits are still visible. Now just imagine that every crater on the Moon was originally surrounded by impact melt that extended about once crater radius beyond it’s rim, and continuous ejecta out about one diameter, and scattered secondaries for tens of crater diameters, and rays perhaps for hundreds of crater diameters. You can see that the surface layers of the Moon are a mixture, with a lot of material from nearby craters, and some from craters quite far away. So a soil sample collected anywhere on the Moon includes material from many different cratering events.

Yesterday's LPOD: The Case of the Missing Rim

Tomorrow's LPOD: A Column of Moonness