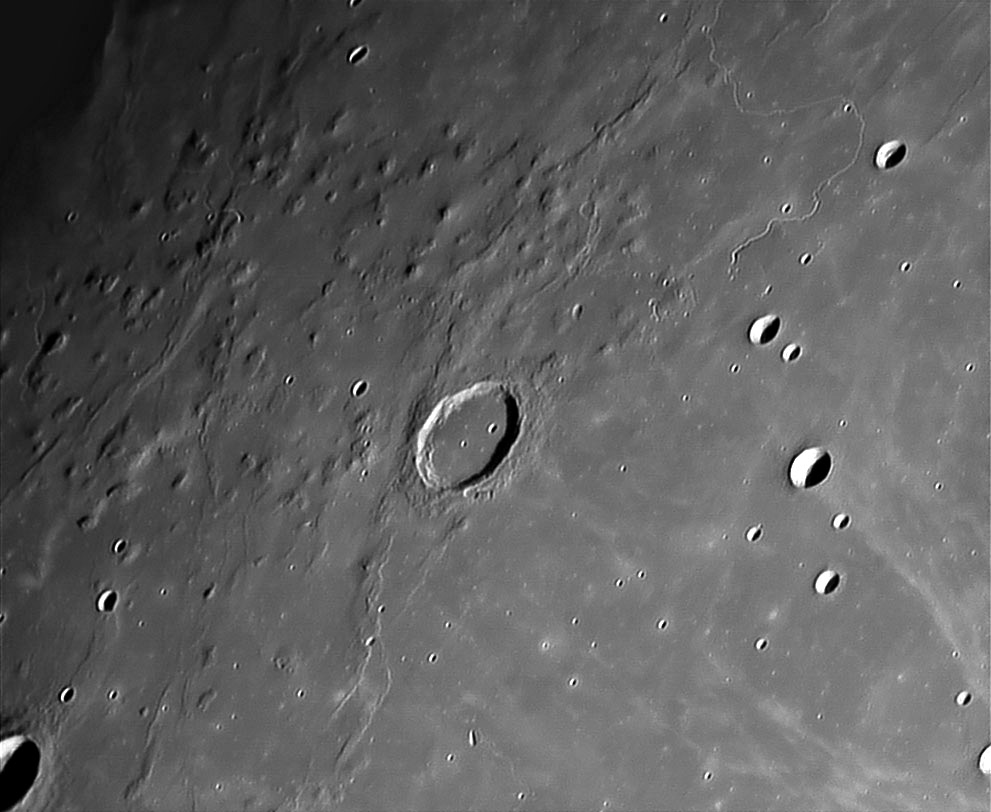 The grazing illumination and high resolution of Pavel's image demonstrates that the hundreds of bumps that make up the Marius Hills are definitely not traditional volcanic domes. Many domes have gentle slopes and smooth surfaces formed by the flow of fluid lavas from a central vent. These hills are rougher with small bright protrusions sticking above bumpy hills. Spectral studies indicate that many of the hills are coated with volcanic ash suggesting that they resulted from explosive eruptions. On Earth, the gas that drives eruptions is water, but on the dry Moon the gas may have been carbon dioxide or even sulphur. The three visible sinuous rilles show that the Marius Hills were also the source of more normal fluid lavas, in fact, some of the lavas in central Procellarum probably came from the Marius Hills.