Two Views in One 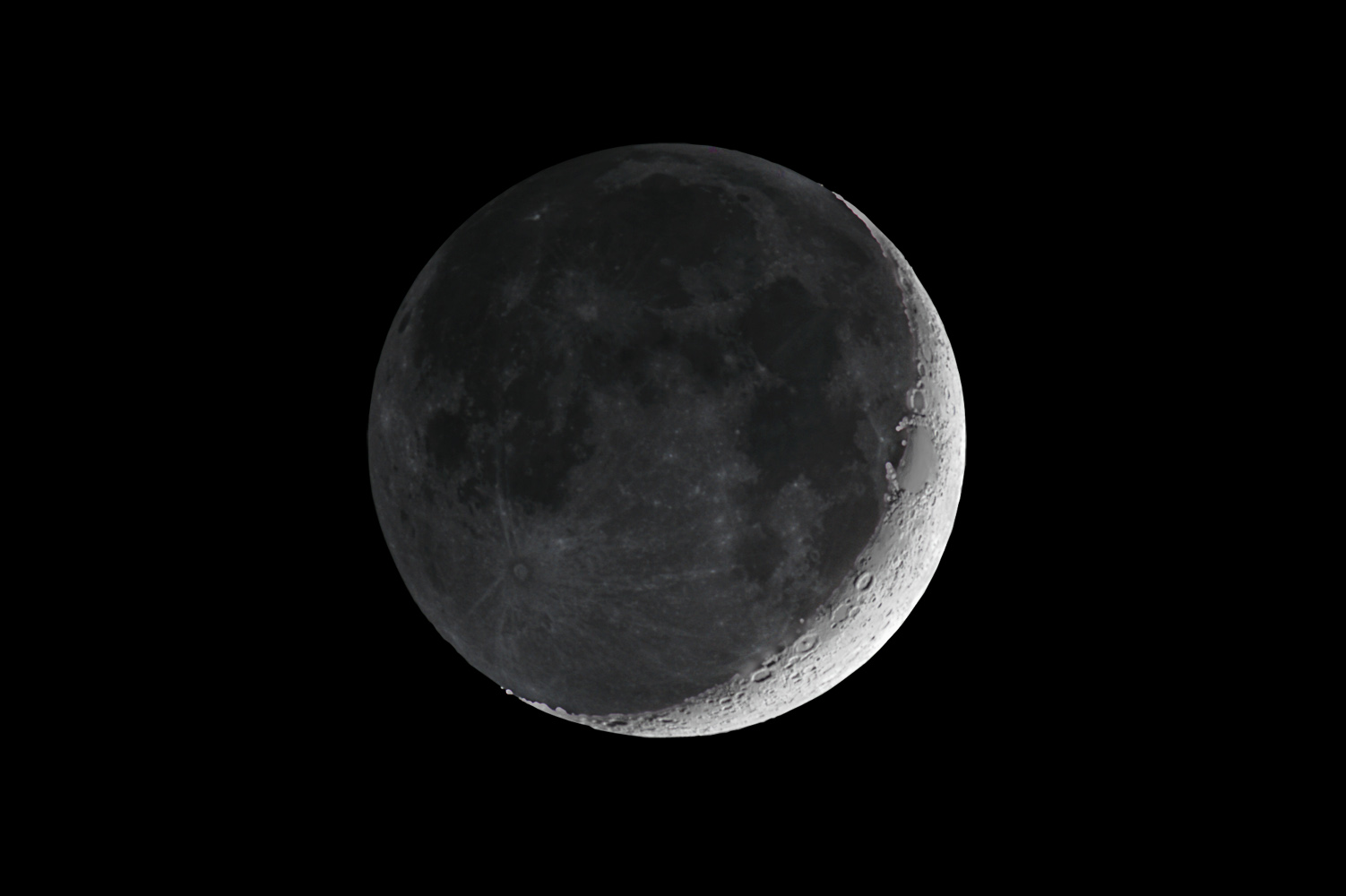 The Moon ranges in brightness more than most other astronomical bodies and hence is difficult to image all of it at any one time. One of the greatest brightness ranges occurs when the Moon is a thin crescent - a sliver of brightness bordered by a faint roundness of Earthshine. Typically, a short exposure captures the Sun-illuminated crescent against a blackness of the rest of the Moon. Or a long exposure brings out the Earthshine, making the rest an over-exposed crescentic blob. Yuri, in the midst of a public observing session, took 14 frames, half exposed for the crescent and the rest for the Earthshine. By clever digital darkrooming he merged them at the terminator to produce a realistic but impossible view. I wonder what the greatest phase is where there is still enough Earthshine to image the dark portion of the Earth-facing Moon.