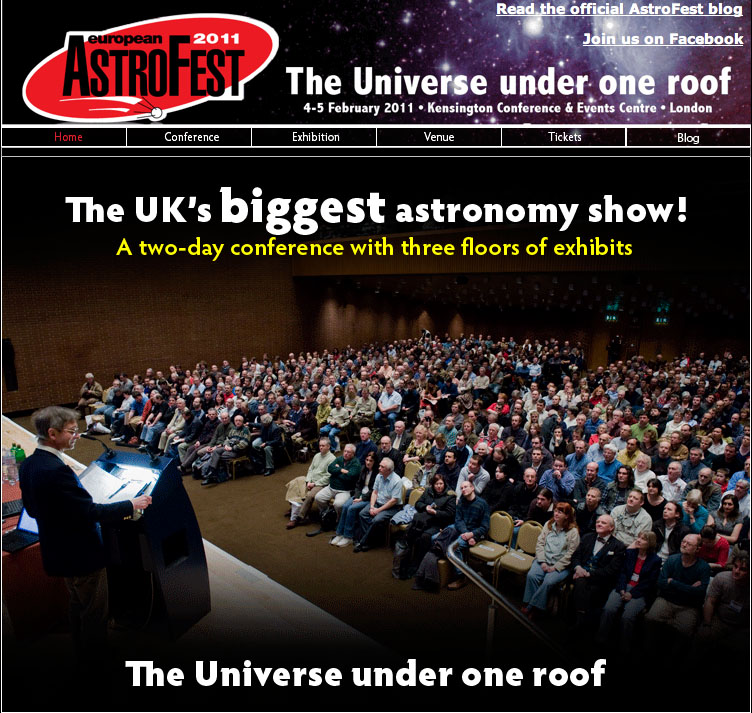 I have been invited to participate in the 2011 European AstroFest in London, Feb 4 & 5. I am not enamored of the idea of airline flights in February but I really look forward to the possibility of meeting some British contributors to LPOD. There is a good program of speakers, including a nice mixture of talks about the solar system, the other parts of the universe, and astro history. And I hope at the exhibitions to finally see telescopes from the other Orion telescope company, whose optics have been used for numerous LPOD images. I will give two talks: Lunar Transient Phenomena and Modern Understanding of the Moon, and Impacts, Lava, Rilles: Learning to Read the Moon. The second talk is what LPOD is about everyday, and the other is the first time I've discussed transient events. I can save you the cost of admission by revealing the punch line - I don't think there is creditable evidence for telescopically observed LTPs. But the characters involved, and the new evidence from LRO and LCROSS add interest, data and complexity to the story. I hope to see some of you there!

Tomorrow's LPOD: What Lies Beneath