A Steep Part To Climb 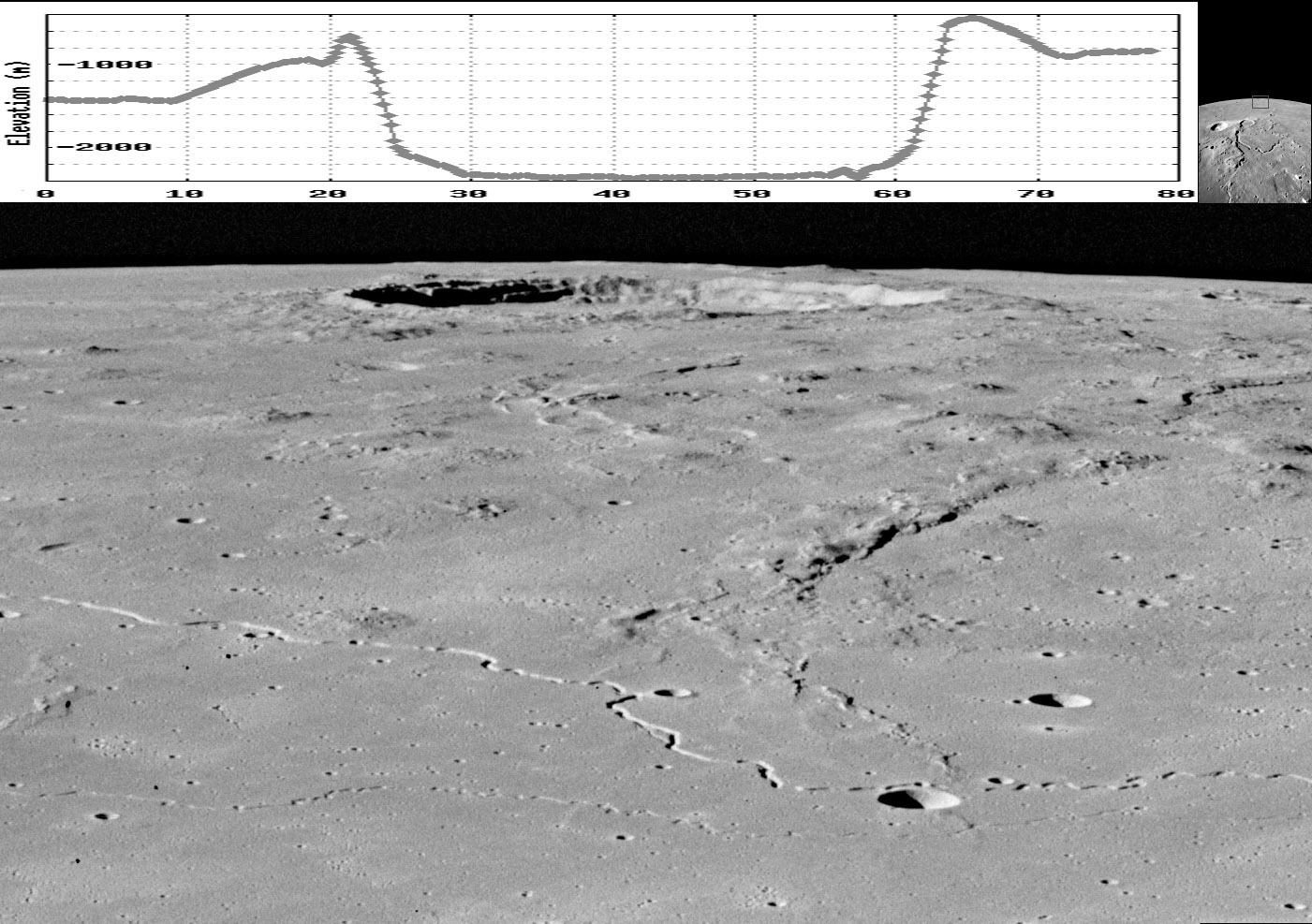 The LRO QuickMap altimetry tool provides quantitative data on topography, and looking at oblique images gives a feel for it. This image is a small piece near the limb of an Apollo Metric Camera photograph taken when the Apollo 15 Command Module was over the Aristarchus Plateau. The small image at upper right shows the perspective, looking across the northeast corner of the Marius Hills to Marius itself. The most interesting features of the foreground are two sinuous rilles that differ in width, depth and degree of sinuosity. The more conspicuous is the Marius Rille and the smaller one is less well known, but its tight curves bring to mind a description of a tightly meandering river on Earth: A river that doesn't know what to do with itself. My real interest is in the profiles of Marius. Looking at both the Apollo image and the topo cross-section we can see two parts of the rim deposits. On the left is a gentle rise in elevation of 500 m over a horizontal distance of about 10 km. And then right near the rim the slope changes abruptly, with a rise of ~200 m in less than 2 km. The rim on the right (west) side has only the gently sloping fallback deposits. I don't know what formed the steep segment of the rim. Rim elevations have two components - fallback and uplift due to a sort of rebounding of the remaining country rocks when the material they were continuous with was instantly excavated and removed. Is this narrow, steep section the rebound component? Finally, we should look carefully along the limbs of all obliques Apollo images (and Kaguya's, too) for more profile views of craters and mountains.