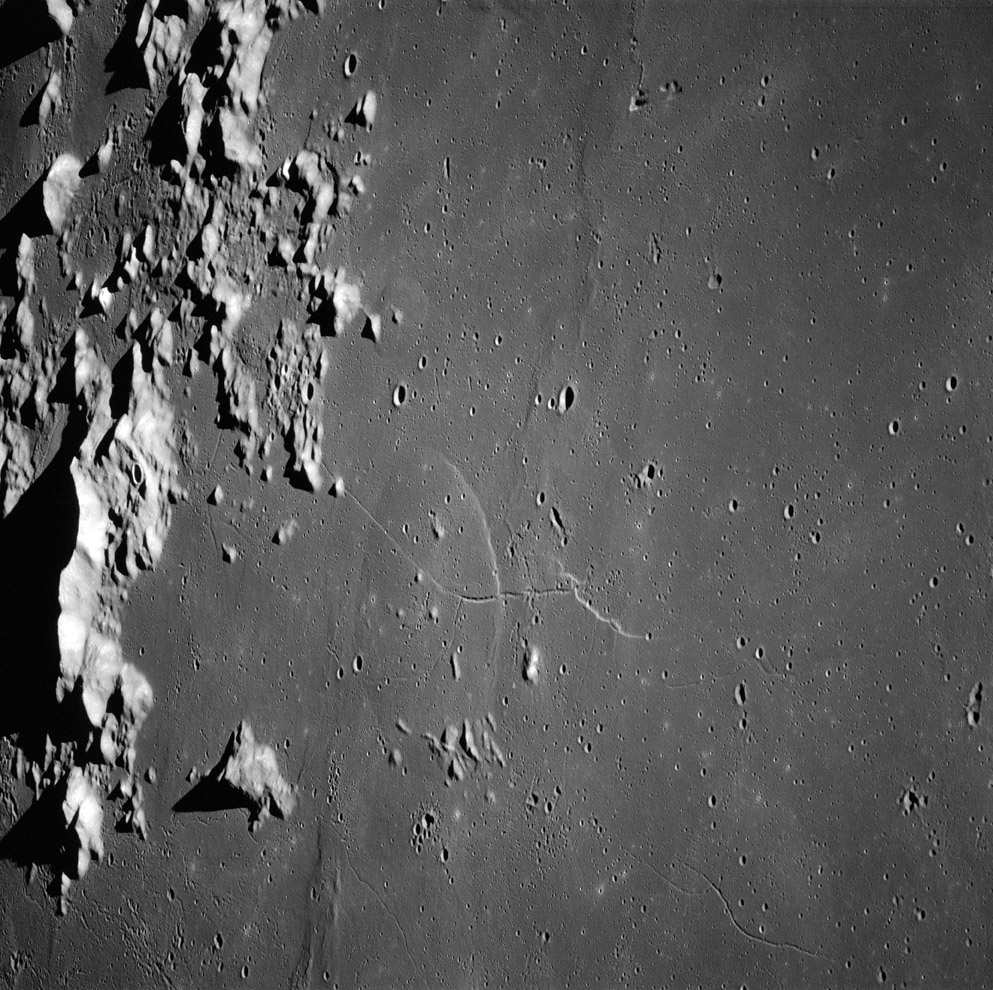 Has this image been hiding in plain view for 36 years? I had never ever noticed this spectacular Apollo 15 view of the Valentine Dome until Saturday afternoon when I recognized it on the browse image at LPI. I emailed Mary Anne Hager at LPI to ask if they could scan it in high resolution and here it is. Wow! The dome has a crisp edge nearly all around its margin. The well-known rille that bends as it passes through the dome is now seen to have a series of collapse pits just after it enters the dome, and a second, narrower rille travels southward from the western end of the pits. Other rilles, largely uknown from any other imagery, occur to the east and south. A smaller dome (about 17 km wide) with similar crimped-looking boundary occurs to the north; this feature was seen on terrestrial images. A much less certain dome may exist at the bottom right of the image. It is also crossed by a bent rille and has a slightly brighter surface than the surrounding maria. The observation that the narrow rille crossing the Valentine Dome ends abruptly at the edge of the dome suggests that the surrounding lava is younger than that rille. But the main rille extends onto the surrounding lava in both directions - most confusing! The fact that this ancient image contains features that are apparently unknown suggests that if all of the Apollo Metric Camera images were available at their full resolution that many more discoveries would be made. I can’t wait another 36 years!

For full resolution see the Valentine Dome in the-Moon Wiki