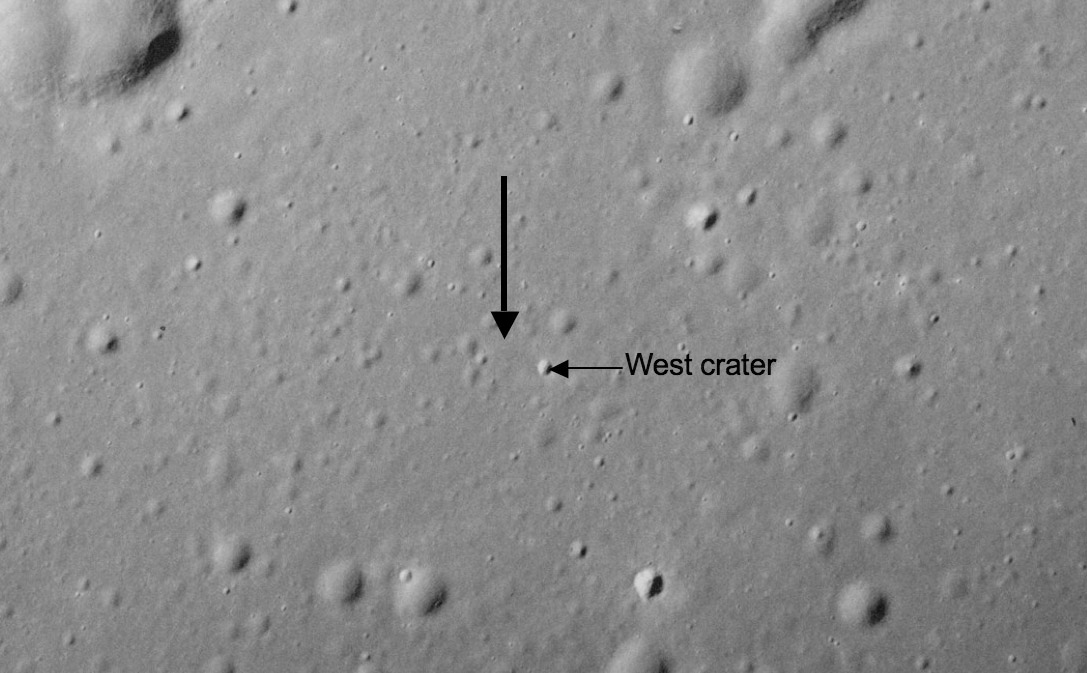 This image, taken three months earlier by Apollo 10, pin-points West Crater and the unremarkable spot that Apollo 11 touched down 40 years ago today. Ranger 8 had crashed into a relatively flat surface about 70 km to the NE, Surveyor 5 safely landed 30 km to the N, and this area looked bland enough to be selected for the first human landing. But as Neil Armstrong discovered the planned landing site was littered with boulders that might damage the lunar module, so he flew westward - at 46 ft/sec - keeping potential landing sites in front of the dust clouds being generated below the LM's engine. Finally, as the fuel was about to run out, and alarms were ringing, he safely lowered the Eagle onto what became as Tranquility Base. This historic images showing the descent stage of the Eagle LM, a fitting remembrance for Armstrong, Aldrin and Collins and many others Apollo related workers, who probably won't be around for the 50th anniversary.


Yesterday's LPOD: Not for Telescopes