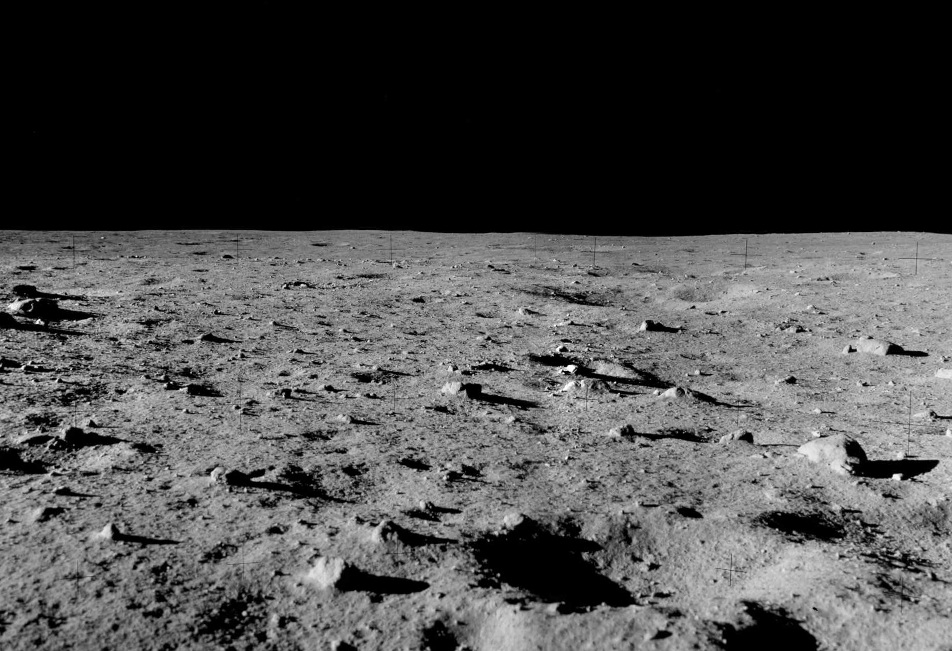 I wonder if in 1529 AD Europeans sat around saying, “Gee, its been 37 years since Columbus first landed in the New World”? I doubt if they had time to notice the anniversary, for by 1529 there had been many other voyages by Ojeda, Fernandes, Bastidas, Ponce de Leon, Cortes, Velesquez, Balboa, Magellan, Ordaz, Gordillo, Gomes, de Vaca and many others - so many, in fact, that most of us have never heard their names. By 37 years after the first landing there were approximately 300,000 Spaniards living in the New World! How many folks on the Moon today are celebrating the landing of Neil and Buzz?

Technical Details:
This image is a small piece of a magnificent Apollo 11 panorama.
Related Links:
Apollo 11 at Science@NASA