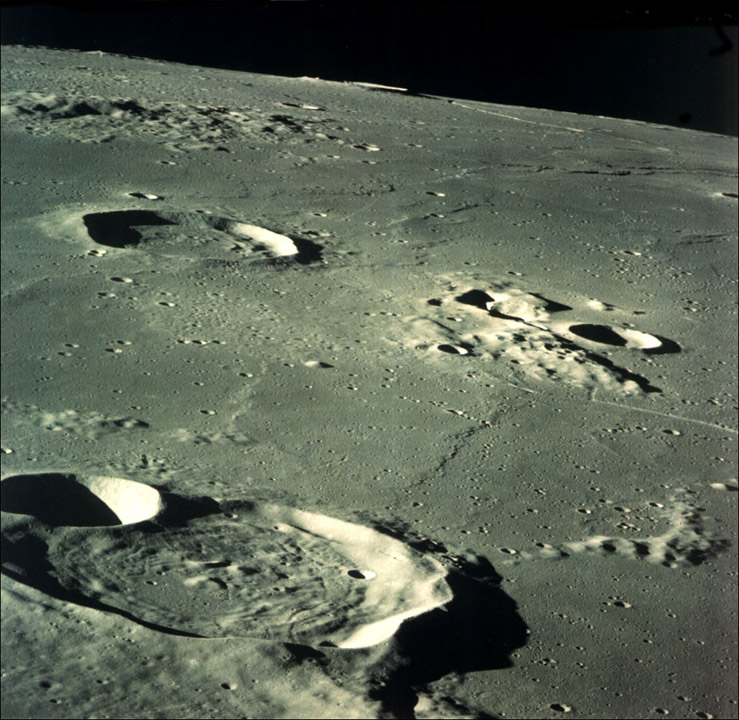 When I first looked at this glorious image I thought that the foreground crater was Birt with Birt A cutting its rim. I was wrong, but Birt is in the image - do you see it? The near crater is Davy and its rim is crossed by Davy A. The view is to the south, past Lassell, to Birt on the horizon. Davy’s floor is mostly covered with masses of material that slumped down its walls, and even partially surrounded its three small central peaks. Look closely and notice that the debris on the floor of Davy is cut by small concentric rilles - this qualifies Davy to be a floor-fractured crater. Remember Birt on the horizon? The reason everyone knows Birt is that it is near the Straight Wall. And sure enough there is a linear feature to the right of Birt. But it is not the Wall, which is virtually invisible between Birt and the left edge of the image. The bright linear reflection is the western wall of the Birt Rille. The right end the rille bifurcates a dome, but the dome is so low that it is topographically invisible. Finally, notice the patch of maria just this side of Lassell. This lava is lighter hued and more heavily cratered than the surrounding maria - it is an island of early maria that has been completely surrounded by newer lava.