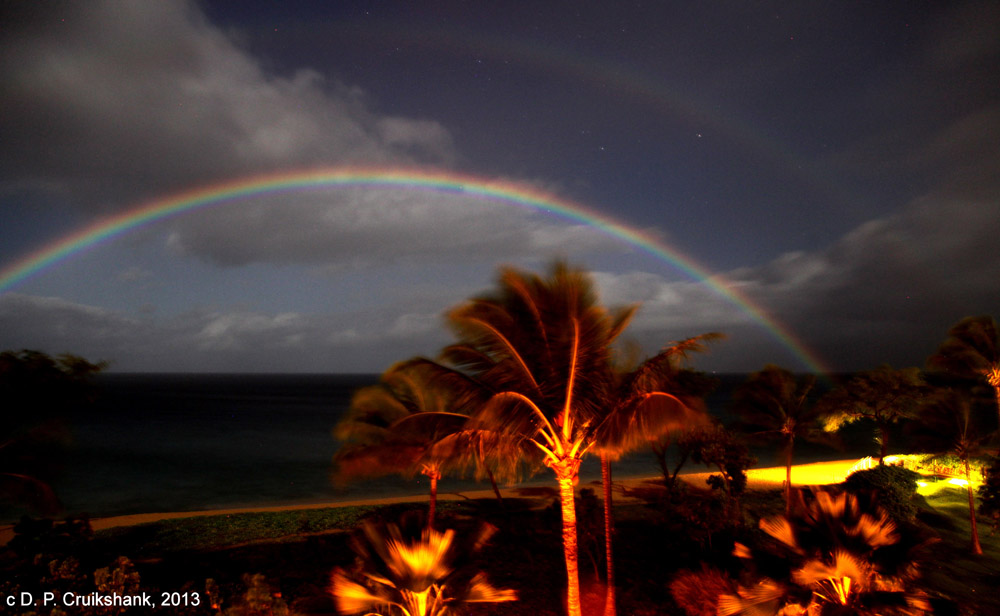 It wasn't until I noticed the stars that I really accepted that this very bright bow was a moonbow rather than a rainbow. Dale and his wife Yvonne were in Maui when the bow caught their eye, and later when displaying the image on a computer screen they were surprised to discover a second bow, always a treat during the day and more so at night. Just detectable is the reversed color in the fainter and widened secondary bow. As atmospheric optics master Les Cowley explains primary bows - day or night - are caused by a single reflection on the inside of a spherical drop of water, and the secondary bow results from two reflections, sending the light out at a 51° angle. In googling I noticed that there aren't a lot of true moonbows - many people confuse halos for bows - but that several were taken in Hawaii. I wonder if the often very transparent skies in Hawaii make moonbows brighter and easier to see. Also the contrast between the bright sky inside the primary bow and the darkness above seems greater than with rainbows - is this because the twilight is already darkening? All this and Maui too!


Yesterday's LPOD: Why the Lavas Stopped