Why the Lavas Stopped 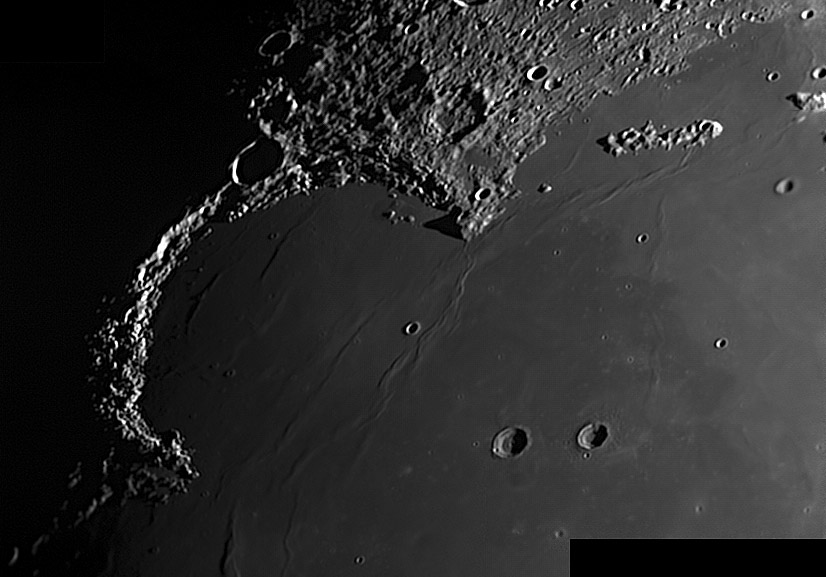 It looks like someone spilled tea on Merce's lovely image. Diagonally across the right side of the image is an irregular boundary between light-hued lava and darker lava to the left. We've seen this many times before, especially in color enhanced images. Today I am interested in the fact that the chemistry of the surface is still plainly visible 3.5 billion years after it was emplaced, but there is no topographic evidence for the fronts of lava flow. The dark lavas came from the west and flowed downhill until the pressure for movement was exhausted. At least that is what I assumed until I used the LRO QuickMp Path tool and discovered that the boundary is where the gently dipping to the east surface runs into the older lava which is higher. Flow fronts are usually visible along the snout of a lava flow and none are visible here because the flows banged into higher terrain. I don't seen any flow margins to the sides of the flow so erosion by micrometeorites may have smoothed out the edges of the flows which were probably 10-20 m thick.