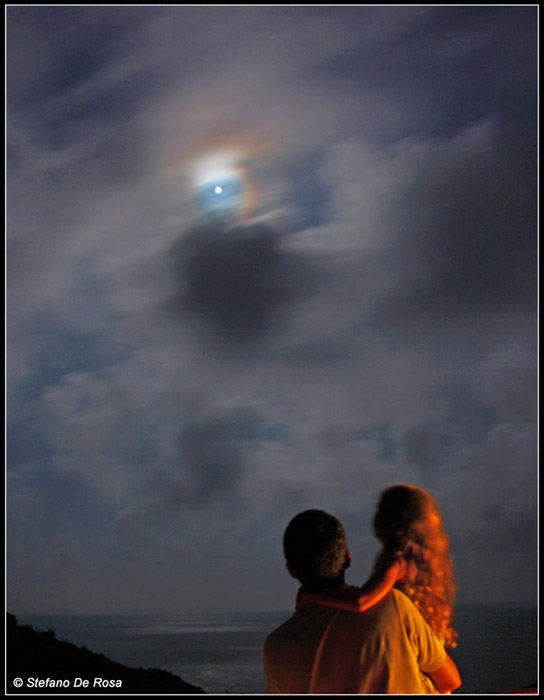 Stefano and his daughter are big fans of the full Moon. The Moon itself has been considered a daughter of the Earth. In the 1960s, before Apollo began to provide other evidence, a major theory was that the Moon broke off the Earth, with the early Earth's rapid rotation oozing off crustal material that the Moon formed from. In this model, the Moon was made of terrestrial mantle material, an offspring of Mother Earth. But Apollo showed that Moon rocks were strongly depleted in volatiles, inconsistent with the traditional fission model of its formation. Elements of the daughter model survive in the current Big Splash theory, with the kick start (and a free parameter) of a giant impact providing the heat to eliminate volatiles.