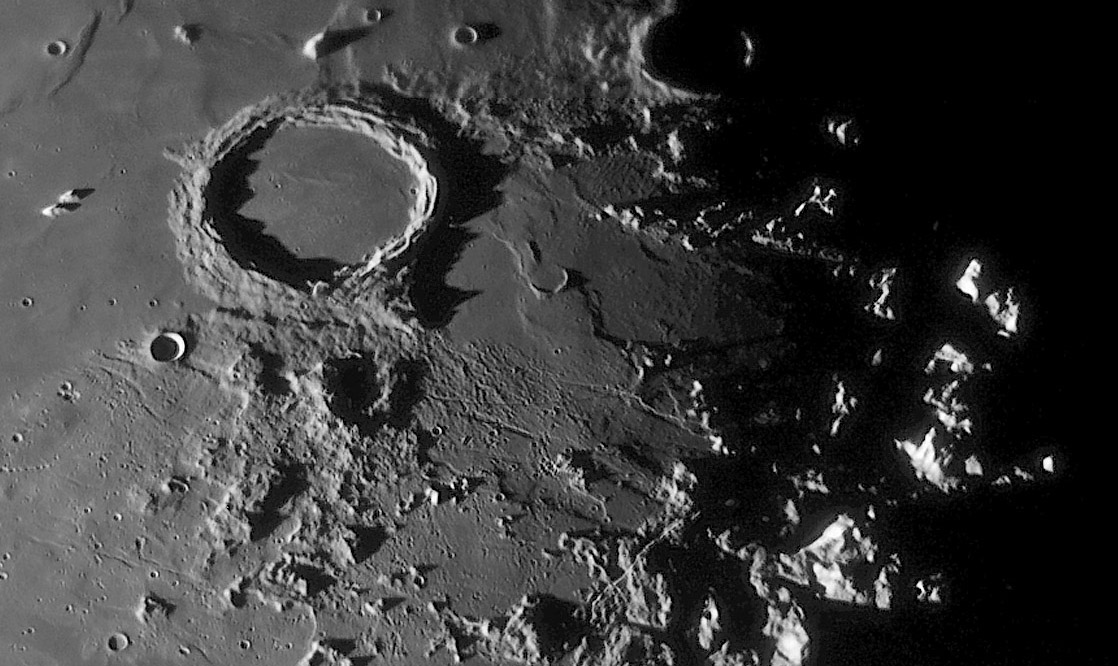 This piece of a large mosaic by Nick includes a number of rilles and other interesting features of the Apennine Bench Formation. The name comes from US Geological Survey mappers in the 1960s who recognized that the hilly and rille-cut area between the front of the Apennine Mountains (far right) and Archimedes was neither the original floor of the Imbrium Basin nor Mare Imbrium lavas. It is older than the mare, and as Apollo orbiting instruments discovered, is rich in KREEP and the radioactive element thorium. The current view is that the Bench is made of a volcanic rock of different chemical composition than the normal dark maria - such as the patch of Palus Putredinis (right center). But what caught my eye was the washboard pattern of linear ridges and toughs in the upper right near Autolycus. The ridges are not parallel, as they look at first glance, but are actually radial from Autolycus. They are lines of ejecta and secondary craters from Autolycus, beautifully shown.