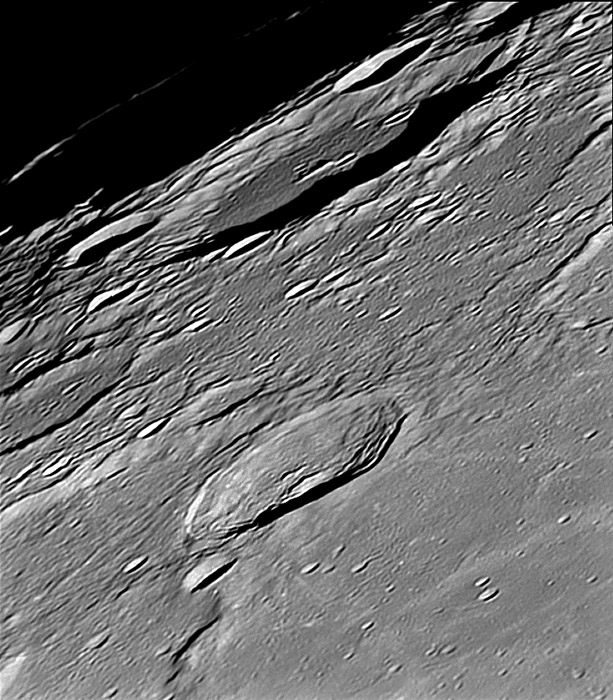 The crater Pascal is only at 75°N, 70°W but seems less often imaged than Drygalski, a similar crater near the opposite pole that is even closer to the limb. I think this neglect is endemic to the entire north polar region, and especially along the limb both east and west of the pole. You might think there are never good librations of these regions, but once again Damian captures the rarely seen. Pascal is 115 km wide and may be as deep as 4.6 km. Its wall terraces are largely gone, and an 800 m high ridge serves as a central peak. The relatively flat floor was probably originally coated with impact melt, but that has probably long since been covered by debris that slid down the walls and ejecta from the formation of the Imbrium Basin. The younger Carpenter is a relatively standard complex crater with the peculiarity of two central mountains.