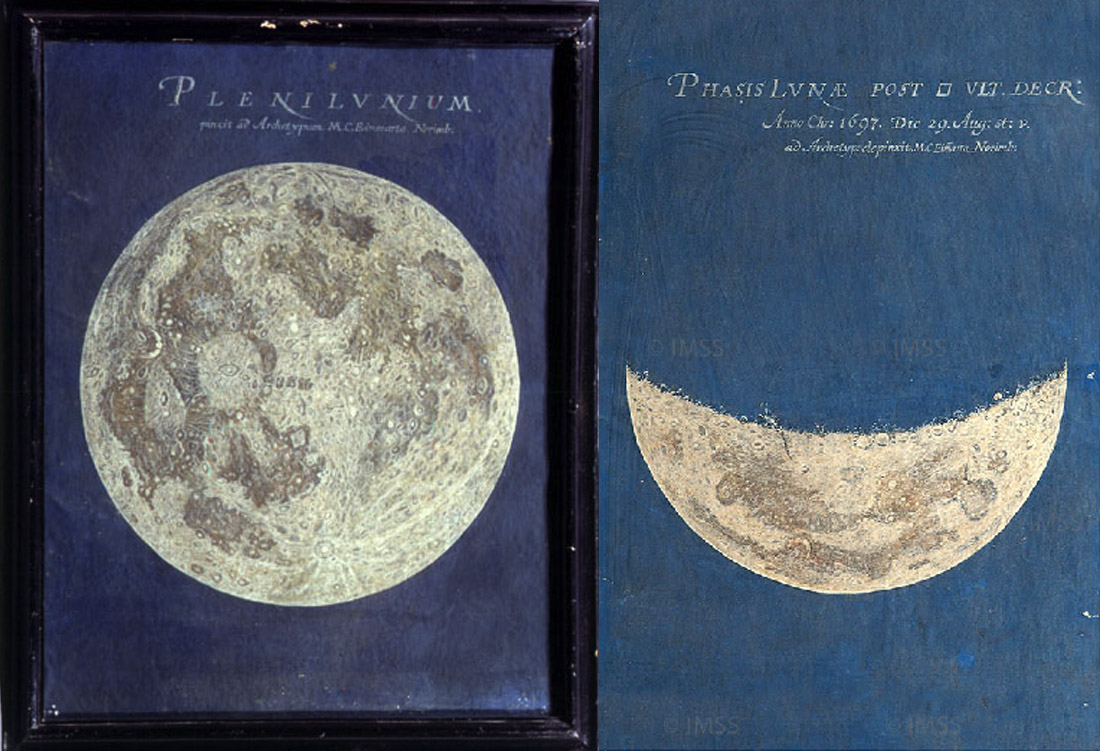 Maria Clara Eimmart was a skilled early observer of the Moon and planets. The daughter of a Nüremberg painter and amateur astronomer, between 1693 and 1698 she made 250 (or 350) lunar sketches that were used to illustrate her father's publications. From the limited information I have found online I can not discern if her father and later her husband - both accepted as astronomers because they were men - actually drew the Moon. The full Moon map above clearly states that it was drawn by M.C. Eimmart, and an identical map was published by George Eimmart, her father. A recent article discusses how difficult it was for at least 250 years for female astronomers to gain credit for their work. A number of publications about Maria Clara that appeared in 2007 on the 300th anniversary of her death implies that some credit has been belatedly bestowed on this earliest known female observer of the Moon. The lunar crater Eimmart is named for her father.

Technical Details
Blue crayon on cardboard according to one source, or on blue paper according to another. Since the full Moon drawing includes different colors the latter interpretation seems right.

Yesterday's LPOD: A Kiss, a Dimple And Self-Same Rille

Tomorrow's LPOD: An Eclipse To Come