A Kiss, a Dimple And Self-Same Rille 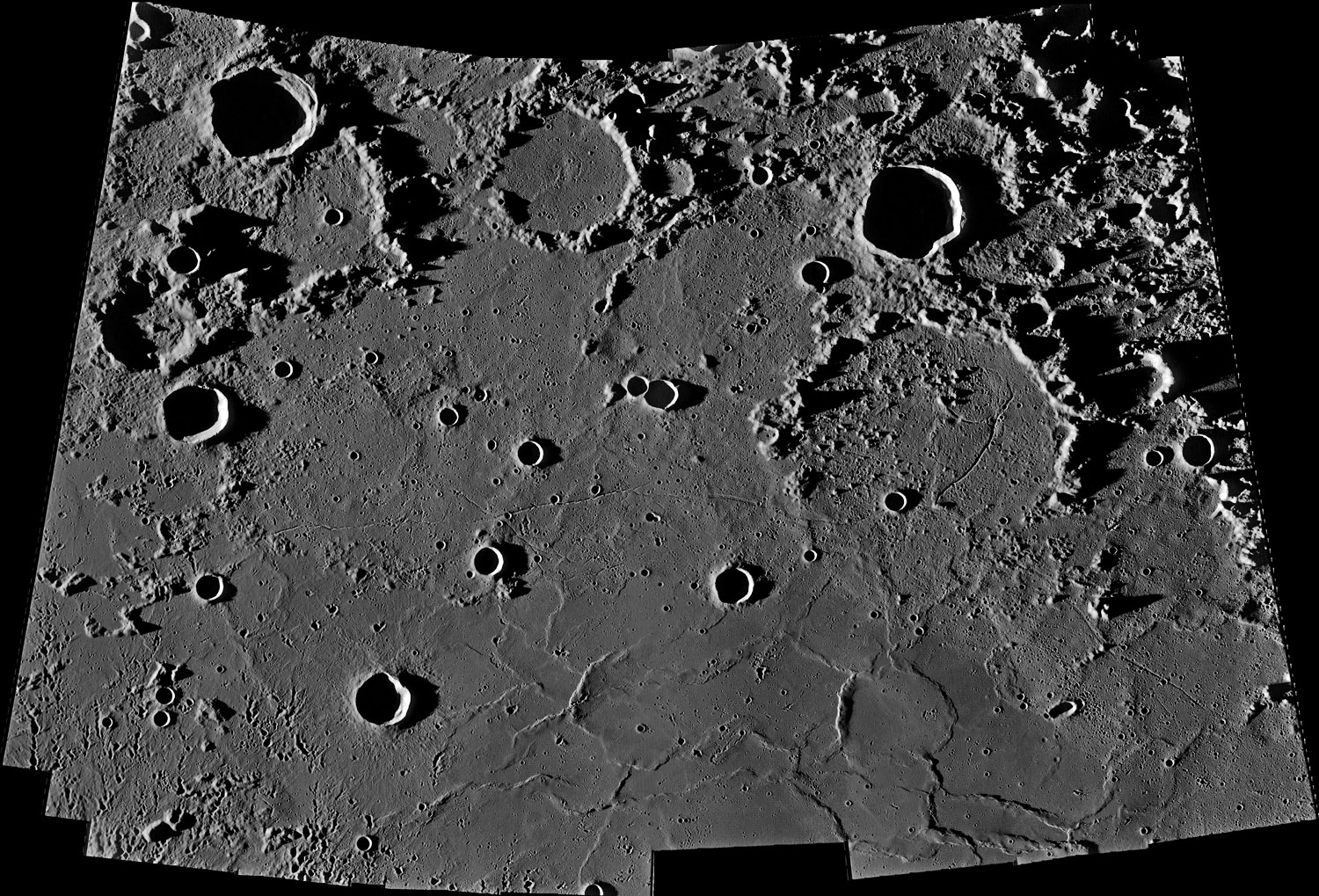 The Lunar Reconnaissance Orbiter images demand a re-cataloging of many types of lunar features, especially rilles. The NAC images are not very useful for multi-kilometer scale features, but the 100 m resolution of the Wide Angle Camera (WAC) images and mosaics are about ten times better than the best terrestrial views, leading to detection of previously unnoticed rilles and a much better depiction of known ones. An example of the latter case is shown in this mosaic that Maurice has constructed using individual low Sun WAC images. The bottom half is the steely surface of Mare Frigoris, and immediately above it is an older material - it has a lot higher density of small craters - which is probably ejecta from the formation of Imbrium and smaller cratering events. Two named rilles cross the older terrain, the Sheepshanks Rille on the left, and the more conspicuous (probably because it is about perpendicular to the illumination) Gärtner Rille inside the crater with that name. As pointed out previously, these two rilles seem to connect and be a single complex structure. This new wider view and lower Sun mosaic provides more details. The west end of the rille may have originally continued further, and may now be covered by Frigoris lavas. A rille crosses the main one near the middle of the Sheepshanks component and a nexus of shorter rilles occurs to the south. A near-circular rille pattern exists at the northern end of the Gärtner Rille, and the rille continues fiurther east than previously seen. The QuickMap Path tool shows no consistent downslope direction that might be relevant if these rilles formed by lava flowing through a channel or tube, so the rilles probably formed instead as a result of a dike carrying magma underground. A shadow-filled elongated crater at bottom right is seen in the higher Sun QuickMap mosaic to be a slightly eroded vee-shaped volcanic vent similar to The Kiss. Finally, at the top center of the image on the floor of Kane the shading suggests a dimple with a low dome to its east. Like all areas of the Moon, the more you look, the more you find of interest.