Columbus And the Moon 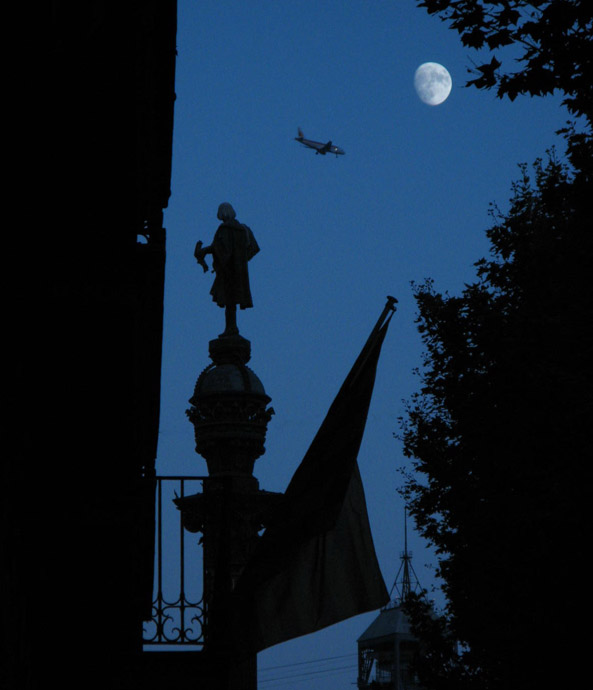 This quite instigating picture was taken in Barcelona, Spain, featuring evening twilight heavens with the 12 day old Moon. Perspective effects provide the juxtaposition of diverse elements in the field of view. Casually, an aircraft crosses the sky, a few minutes before landing at El Prat Airport. The structure in the background, at bottom right, is the top of teleferic tower to Montjuic Hill. The 24 ft tall bronze sculpture at left side depicts Christopher Columbus atop a 130 ft tall column, located at the exact site where he returned from his first voyage to the Americas. In the foreground the scene is framed by a facade with a balcony, curiously looking to sustain the statue - which actually lies 2500 ft from the photographer. The nearest object is the flag of Catalonia, known for its alternate yellow and red stripes.


Yesterday's LPOD: Passing of a Friend

Tomorrow's LPOD: Show Me the Moon