Features of Interest in a Small Area 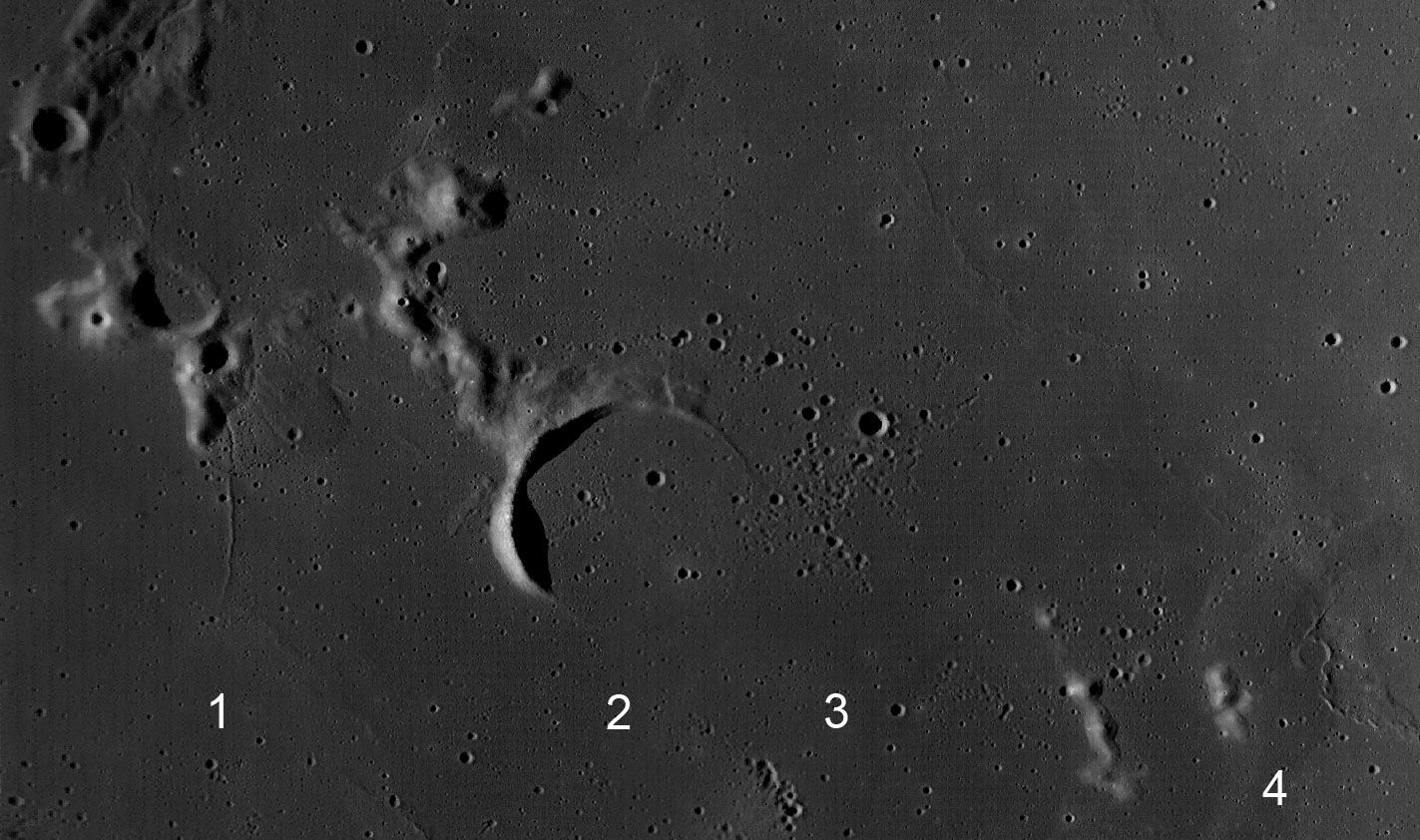 Processing LRO images for a project to be announced soon, Maurice just did part of southern Oceanus Procellarum. I noticed that this piece of terrain north of the crater Herigonius illustrates a number of different geologic processes. Let's skip #1 and look directly at the half gone 25 km wide ruined crater at #2. It is remarkable how the crater's rim simply slopes down to the mare and almost completely disappears. With this relatively high Sun view a ghost mare ridge can be seen to trace out the missing rim. This is clearly a correct interpretation. Going back to #1 we see a narrow ridge that could be part of a largely submerged crater, but there is little evidence for remnants of the rim elsewhere. The ridge is unusual and might have some totally different origin. I could speculate - i.e. interpret without much supporting evidence - that the ridge is a volcanic deposit from a vent that previously caused the rille in the adjacent older terrain. Strange. Feature #3 is a dense cluster of secondary craters, and a smaller line of secondaries is below left of the numeral 3. When researchers count craters to determine ages of mare units they skip concentrations like this. But we really don't know how many isolated secondary craters may exist - so most of our crater count age estimates probably include some secondary craters and thus are older than reality. Finally, above # 4 is a low dome, about 120-150 m high, according the QuickMap altimetry. I am not sure if this is a dome, built by lavas that erupted onto the surface, or if it is a swell, where the surface was lifted by unerupted magma, or conceivably it could be older tava that happened to be higher standing than later lavas that surrounded it.