Not Quite the Moon 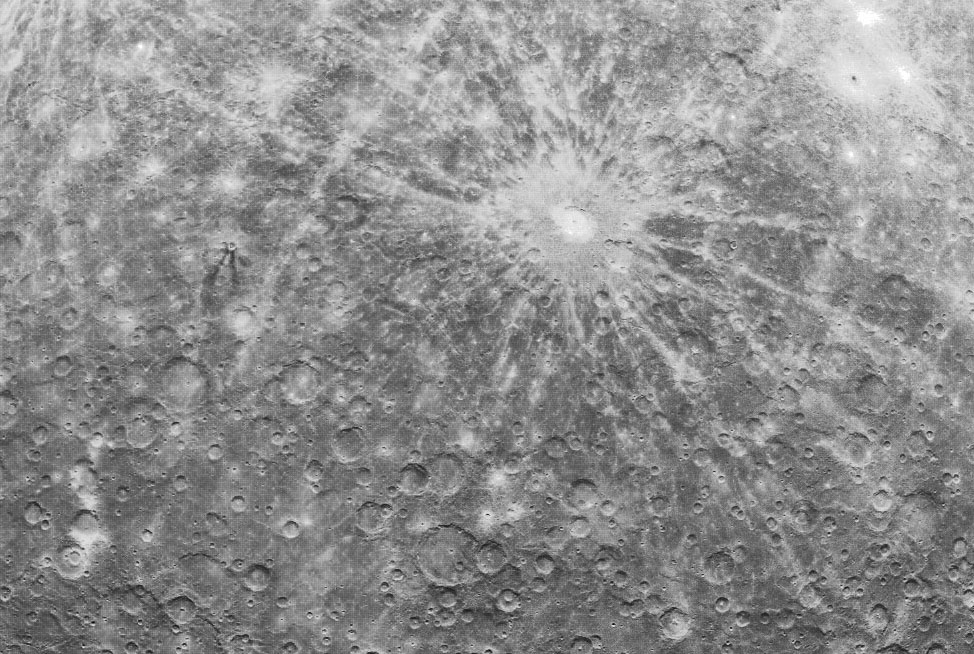 On March 17 Messenger became the first spacecraft to orbit Mercury and this is the first image sent from orbit. As lunar observers we can immediately see many familiar features, albeit with some differences. First, there are impact craters nearly everywhere - Mercury has only one large impact basin - Caloris - and thus does not have broad maria with few impact craters. All of Mercury is relatively heavily cratered like the Moon's southern highlands. But if you look along the lower left of this image you will see that in some places there are plains with fewer craters. Are these volcanic plains? Or are they fluidized ejecta from large basin impacts - but remember there don't seem to be many big basins. And look at the beautiful ray crater, 85 km wide Debussy, near the top. It doesn't have a dark collar of impact melt like Tycho - does Mercury have less iron in ts crustal rocks? Because it all sank to the massive, over-sized core? And look at the ray distribution - was Debussy an oblique impact? Finally, note the strange crater near upper left with dark rays that widen with distance. This is Matabei, a 24 km diameter crater shown on an earlier high res view to have both very bright and quite dark material on the inside of its rim. Messenger will revolutionize our understanding of Mercury and confirm many of the processes we know from the Moon and present delightful new mysteries to explain.