A Handy Guide to Gassendi 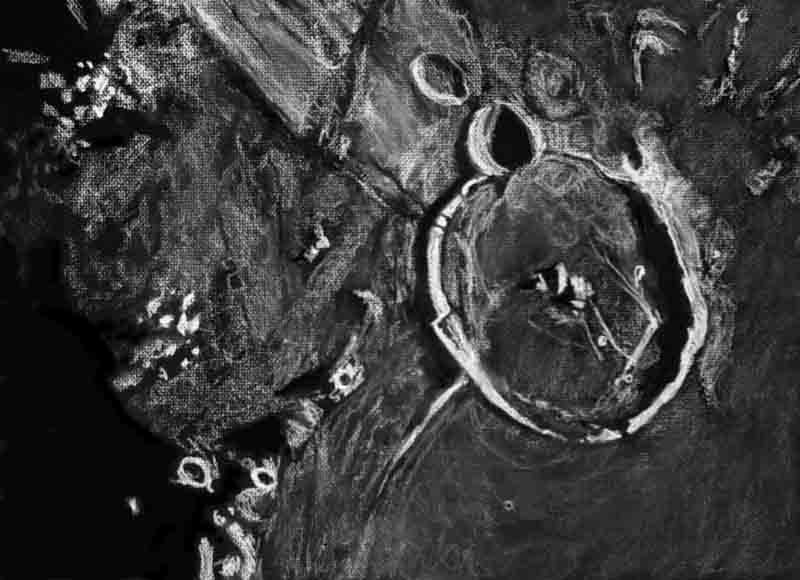 One hundred and fourteen kilometers in diameter, filled with rilles and a rich variety of terrain, Nectarian era Gassendi sits on the northwestern shores of Mare Humorum in the South West Quadrant of the Moon. Gassendi is a great example of a FFC (Floor Fractured Crater). Why is it fractured? Well, the real lowdown on the rilles is that they are created by magma that finds its way to the surface through weaknesses and fissures in the breccia beneath Gassendi. As the magma fills these volumes, it pushes up on the material on the crater floor causing these characteristic fractures in the surface and in the process providing a vent for lavas. The really amazing thing was the number of rilles on the floor that were bifurcated, some seemly splitting at obtuse angles while others paralleled the rim. I could sense that there was a level of detail hidden by the seeing, a larger population of smaller rilles awaiting that moment of perfect clarity to reveal themselves. However with Antoniadi III as my average seeing, it wasn’t going to be tonight. On the northwestern wall of Gassendi resting on its northwestern margin, much as Gassendi is to Humorum, is 33 km Copernican era, Gassendi A. Above and to the northwest is the 26 km flat floored Gassendi B. I wonder how much is floor fill is from his bigger and (younger?) brother to the south, the result of slow and steady mass wasting or a carpeting of material from a larger event. What’s up with that that strange “ring hill” just to the right of Gassendi A? Looks too ragged to be a crater! The whole area to the north and west of Gassendi seemed to be filled with these arcuate grooves. Towards the southern sunken rim of Gassendi, the northwest part of a Basin rim seemed elevated above the Mare as it rose to meet a collapsed section of Gassendi’s rim in the middle of the western outer wall. I could tell the area to the west of this arc had a different texture to the terrain, as if they were only partially submerged in the mare lavas. There were arcuate rilles here as well, paralleling the Basin.

Yesterday's LPOD: Plato in My Dreams