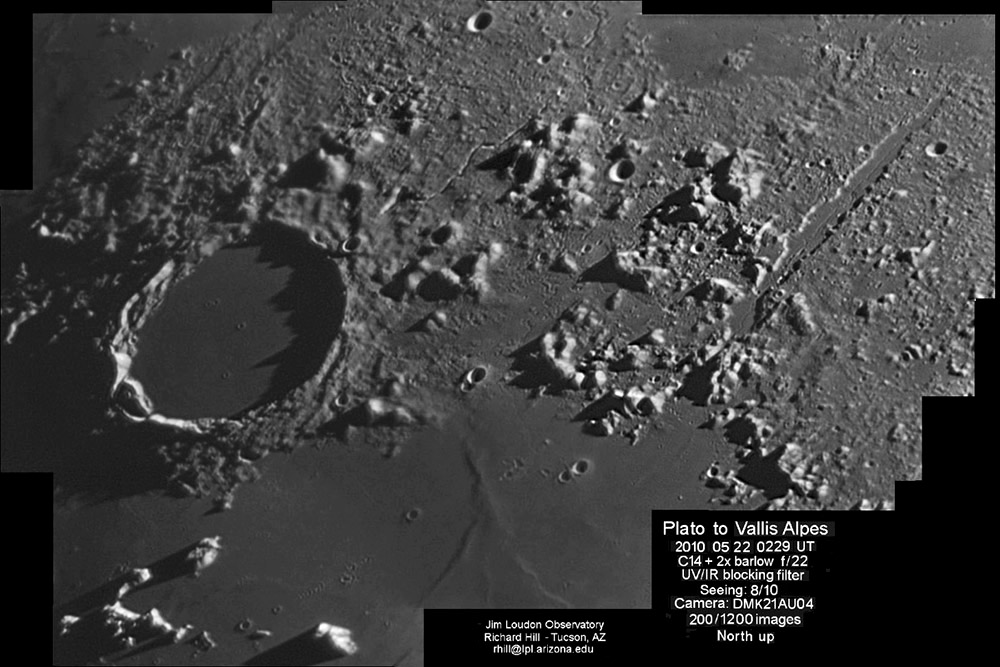 This north-eastern corner of Mare Imbrium is arguably the best view of the lunar surface. At the phase Rik has captured it, dramatic jagged shadows exaggerating the remarkably smooth eastern rim of Plato are balanced by the scattered bright peaks of the hills to the east. These peaks worry me. They are nomenclaturally part of the lunar Alps Mountains, but structurally they are nothing like the straight line of mountain peaks south of the Alpine Valley. Behind the southern Alps there are almost no significant peaks, but behind the northern Alps there are many massive peaks distributed in a not-quite random fashion. The southern Alps look like a standard basin rim, with tall peaks facing inward, giving way to smaller debris further from the basin center. The northern Alps have no such structure and must have had a different origin or history. The Alpine Valley isn't a gash through the mountains, it is a boundary between two different types of mountains that happen to have one name.