And On Your Left 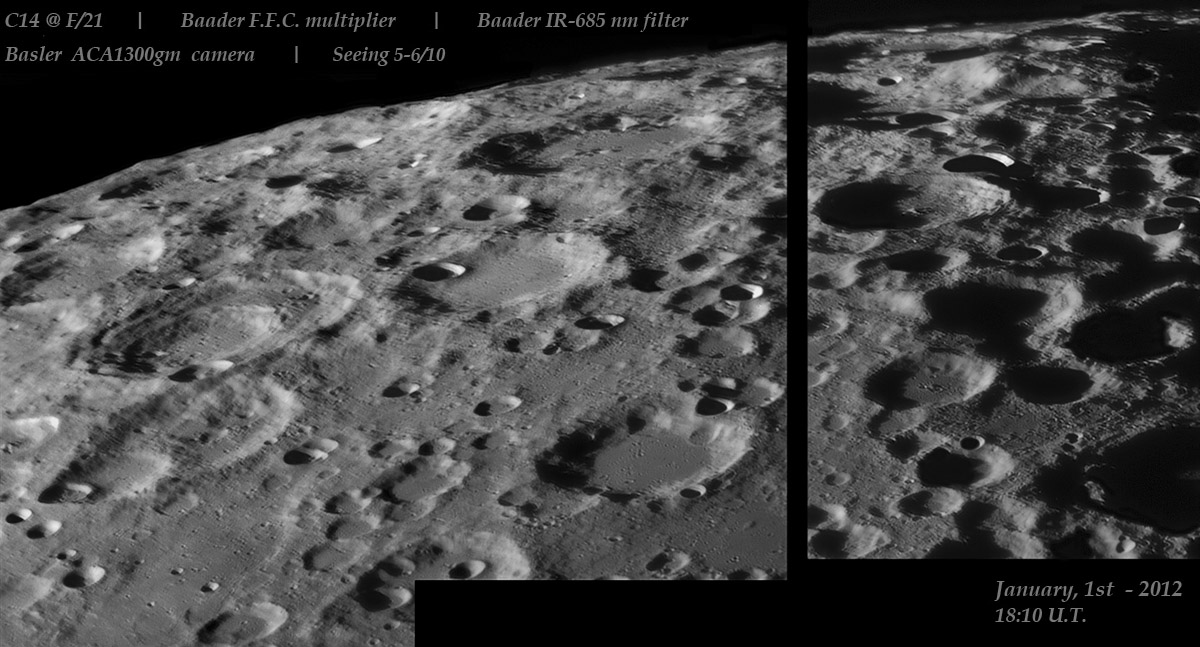 Someday there will be flights around the Moon. Passing over the fully lit hemisphere will require sunglasses, and the part of the enshadowed hemisphere lacking Earthshine will be cosmically dark. The glory will be transitting the terminators, going from one extreme to the other - each way a dramatic entrance to a new world. There will be many highlights such as getting excited when approaching the Apennines and squirming to spot the Hadley Rille, or being awestruck by the amazing bullseye of Orientale. But one of the greatest highlights would be passage over the south pole. The shadows deepen and the number of deep craters increase as the pole is approached. The mountains reach up as if to ensnare your ship, and then its the mystery of the farside. I wonder if the surface will look as tonally smooth as in Mel's image.