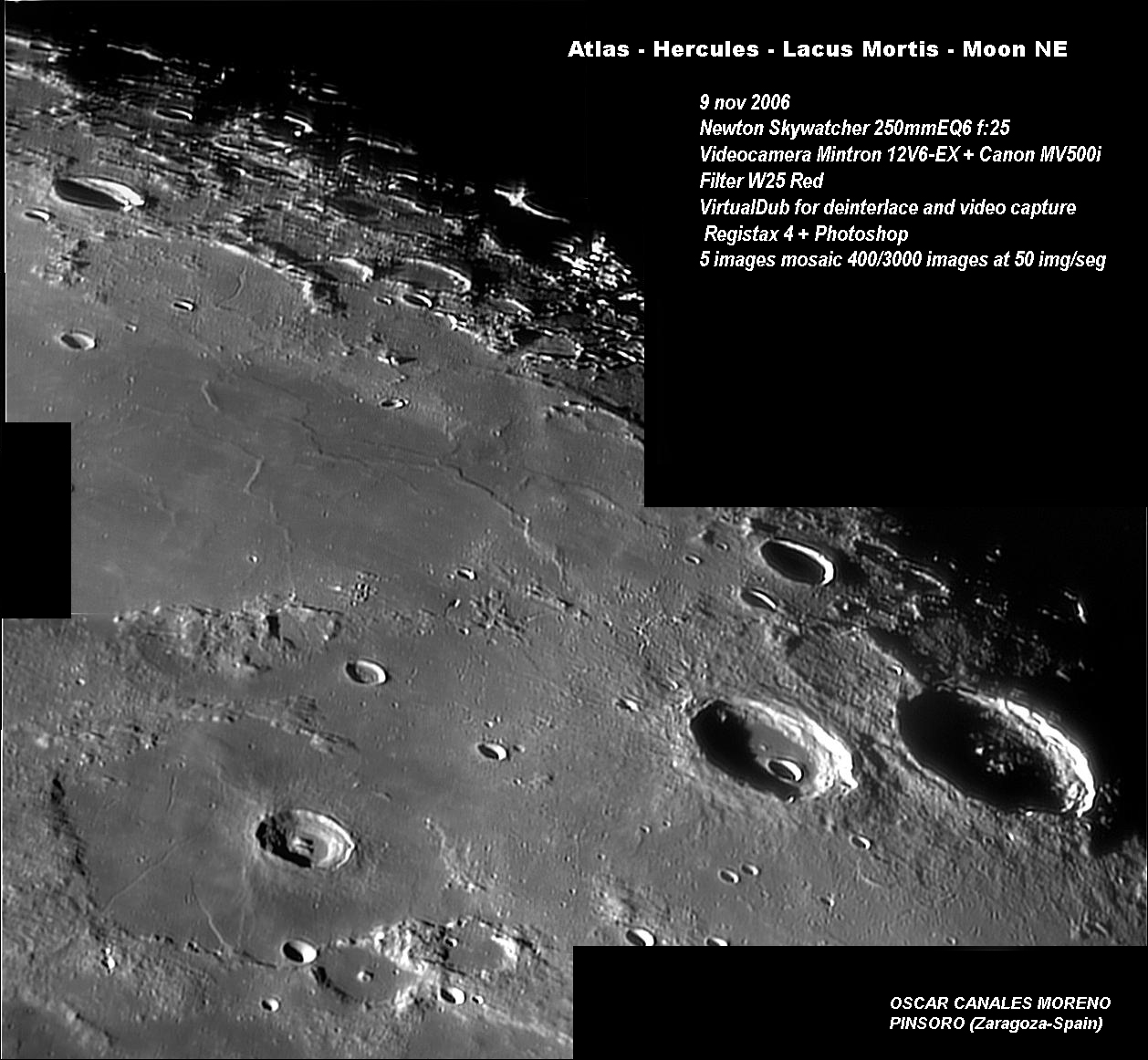 This image captures a variety of different landforms, some familiar and individually described in previous LPODs, and one new object. This time we will just look at the slightly unusual things. Start with Atlas, the large inky-interiored crater near the right margin. To the immediate north (up) is an older, ruined crater that Atlas barely overlaps. This is Atlas E, interesting only in that it is an example of a smaller crater surviving (minor) overlap by a younger, larger one. E must have already been degraded before Atlas formed, for in many other cases the rims of older, adjacent craters are hardly touched (e.g. Porter doesn’t disturb Clavius’ rim). Plana and Mason are two nearly touching craters on the south flank of Lacus Mortis, What is strange here is the massive mass of mountainous material - like a cosmic cow patty - that fills and overflows the space between them and Lacus Mortis. This feature looks like it oozed into Mason and Lacus Mortis. I don’t know what it is, but often isolated massifs (the geologist’s term for bulky mountains) like this are fragments of an impact basin rim - is this perhaps a piece of the Serenitatis basin rim? Looking northwest, just on the edge of Mare Frigoris next to Baily B are two bright overlapping craters with a little tail-like rille. The Lunar Orbiter image shows that this nameless feature which I’ll call The Mouse is really two perfectly normal looking craters, and the tail is actually 4-6 smaller interlocking ones. So all of these craters - the apparently normal ones and the tail ones - are most likely volcanic pits, and there does seem to be a darkening like a pyroclastic deposit surrounding them. We need high res views - both low and high Sun - of The Mouse and its droppings!

Tomorrow's LPOD: A Long Line in a Clutter of Magnificence