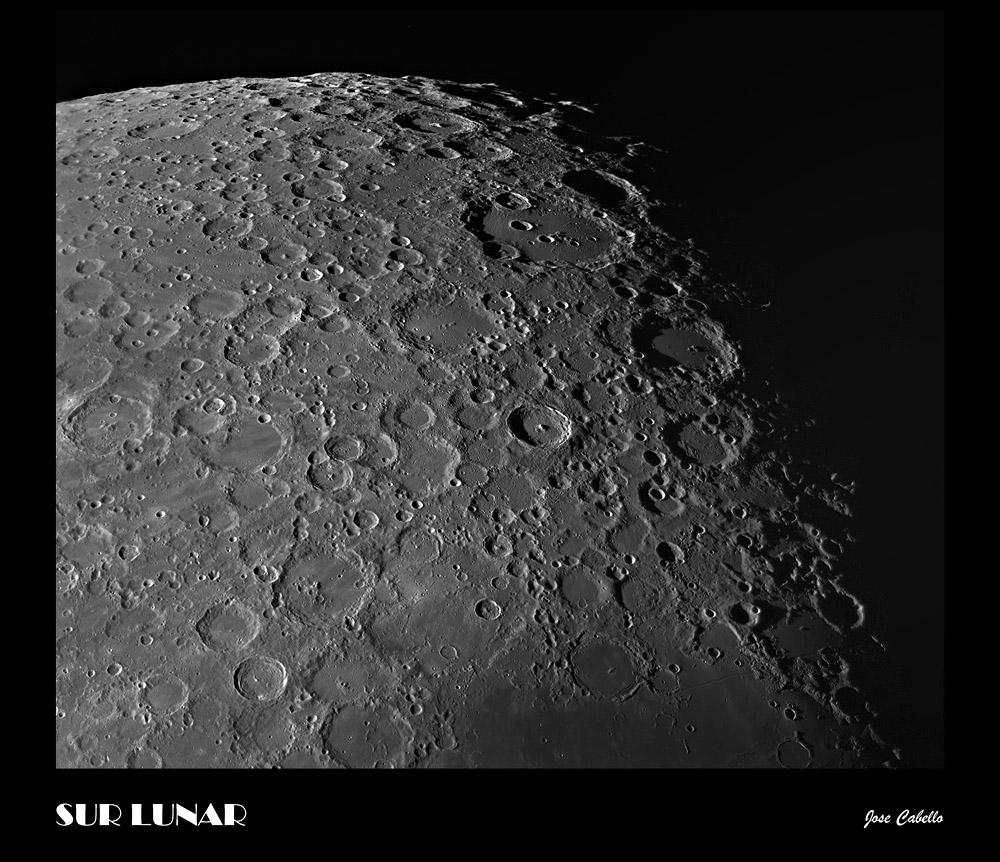 With the flood of LRO images it is nice sometimes to switch from the micro to the regional view. And this is once of the classic lunar areas, with a string of favorites: rilled Pitatus and now familiar Deslandres to radiating Tycho, expansive Clavius and Tycho-look alike, Moretus. Those are the more well known craters, how many others in this heart of the highlands can you name without a map? Being sure of more than a few is difficult because so many of them look alike. That is true because there are many relatively large craters that have all been substantially eroded. There aren't many central peaks and the inner walls are smoothed - with weird Gauricus winning the smoothness prize - rather than terraced. The highlands have been collecting craters since the lunar crust cooled. The maria have far few craters for three reasons: 1) they are sites of giant impact basins that wiped out all pre-existing craters, 2) the later lavas covered most craters formed on the basin floors, and 3) the number of craters formed per million years quickly declined during the first billion years of lunar history. The highlands preserve craters from the early period of intense bombardment, with only occasional debris from mostly distance basins to fill them and shake the terraces from their ways.