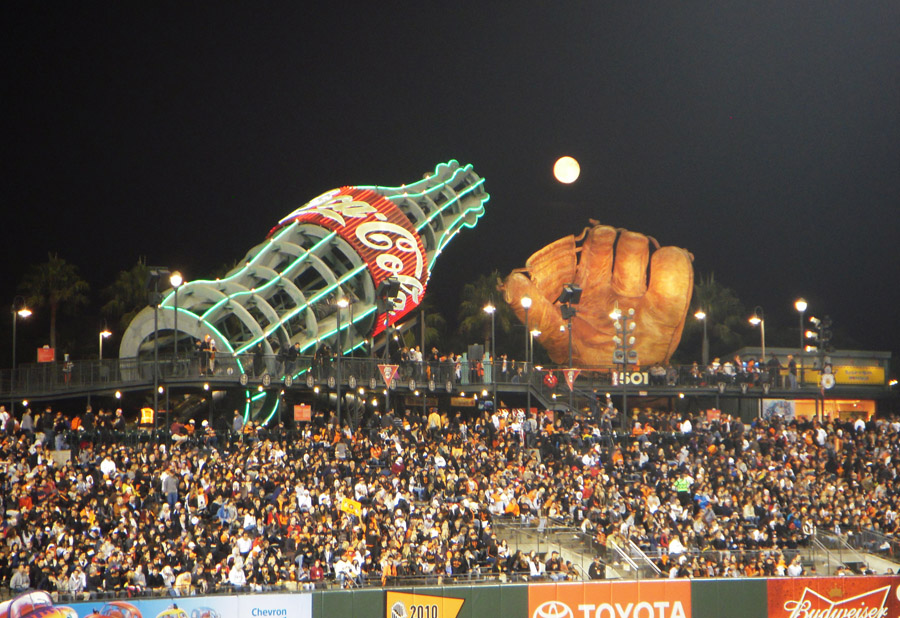 OK, the President said we don't have to go back to the Moon because we've been there, done that. But the growing disrespect for the Moon is getting out of hand. After the Moon was sold to Coca Cola as a marketing prop it has been used as a beach ball and a marble, and now its shot out of a cannon, oops - I mean a Coke bottle, to be caught by a giant fake glove. The damage and wear and tear of the Moon is becoming unacceptable. In the marble commercials the high-speed collisions fractured Oceanus Procellarum so badly that the IAU had to remove the designations from 12 landforms that were no longer recognizable. At least the beach scenes were less damaging, but now Copernicus is clogged with sand. But the more serious damage is to the prestige of the Moon. For eons it has been a friend lighting the night sky, ever changing but always reliably returning. It has long been an inspiration for young lovers, and even a helpful light for cat burglars. But now our erstwhile satellite is diminished by the shenanigans it is forced to endure. In fact, a Tibetan monk, angered by the desecration of a heavenly holy body has started a campaign to repurchase the Moon, freeing it from demeaning servitude and repatriating it to its rightful place in the night sky. Go to freetheMoon.com and make your contribution and then demand that your senator vote to restore the Moon to its historical position in the heavens.

Chuck Wood
I thank Teague Soderman of the NASA Lunar Science Institute for supplying this provocative image from the nearby AT&T Park.

Tomorrow's LPOD: One Frame, Many Pleasures