Is a Half Crater Better Than None? 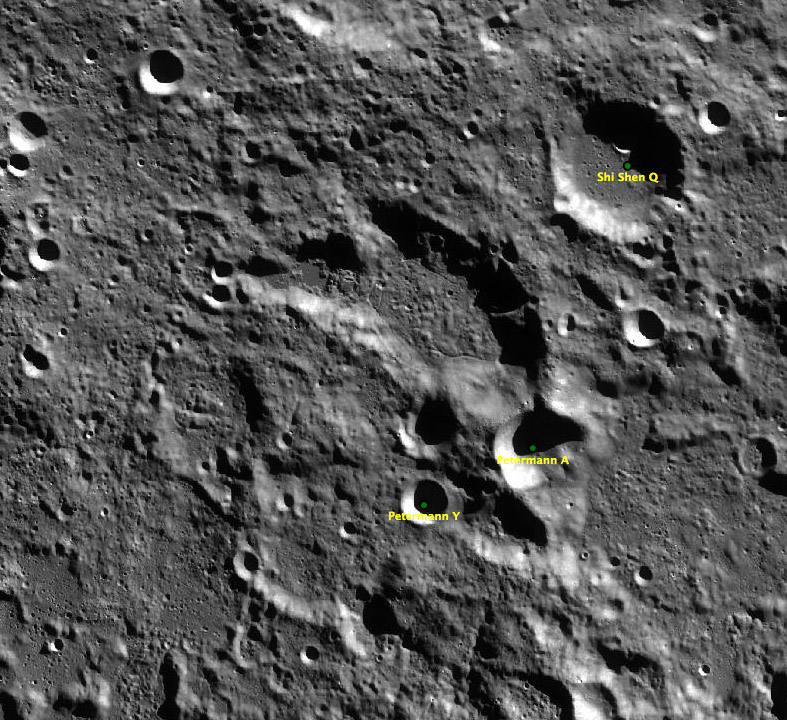 Notice anything unusual about this feature? Assuming it was a crater, half of it is missing. On the upper right is a well defined rim rising about 2 km above the floor; a circular crater with that rim arc would be about 70 km in diameter. On the opposite side there is no evidence of a rim, instead there is a mass with textured surface looking very much like the material outside the rim at the top. Note that the 40 km crater just to the left of Petermann Y is also mostly filled with what looks to be the same material. If this were near the Orientale Basin we would marvel at how ejecta could be so massive. But this is close (76°N, 90°E) to the North Pole, about 110° of latitude away from Orientale and about the same in longitude. The rough textured material is thick - 1.5 to 2 km where it fills the half crater. This area is only about 20° north of the center of the Humboldtianum Basin and the massive material may be from there. This area is just inside the limit of Humboldtianum ejecta mapped by Baerbel Lucchitta in 1978. The floor of the half crater is almost completed surrounded by rilles/fractures like a floor-fractured crater, and an adjoining crater to its left has smooth, mare-like material on its floor - it does not look like an impact melt pond. Tomorrow we will see other deposits that make the Humboldtianum origin less likely.