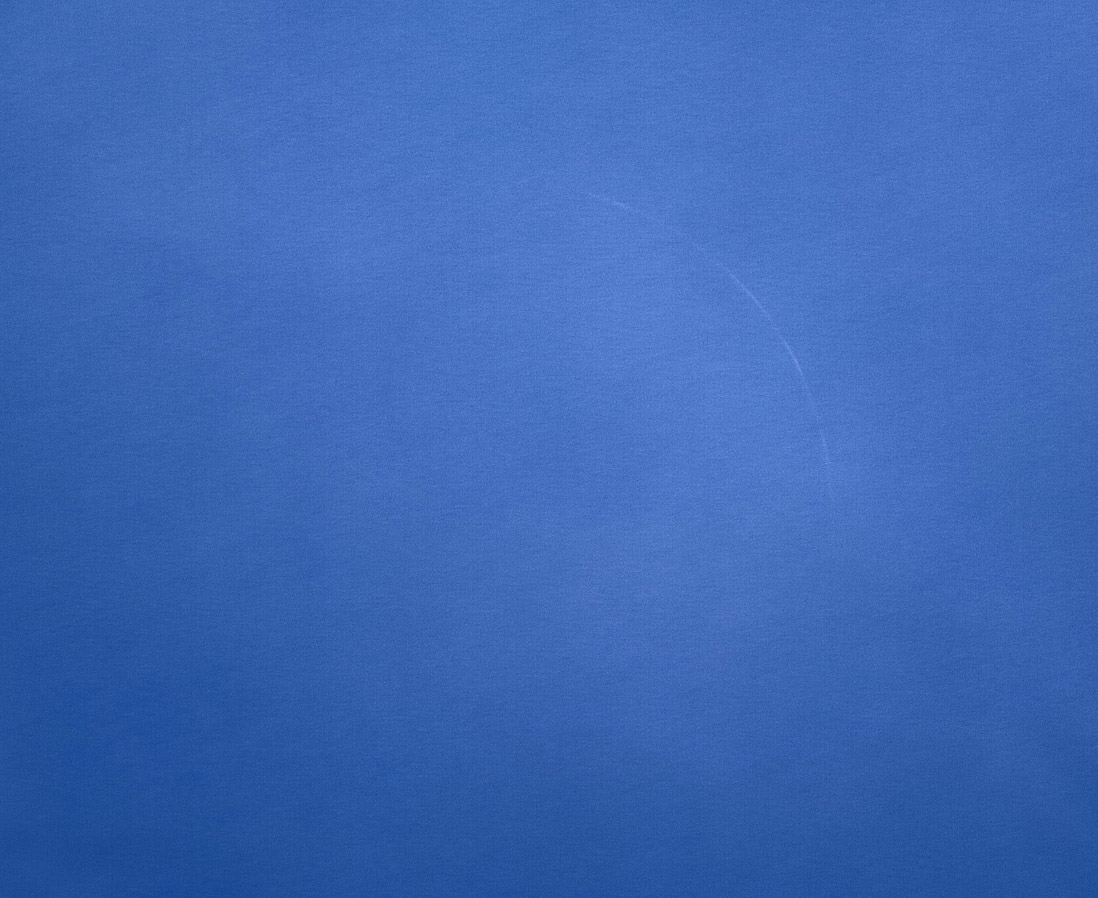 This is probably not a pretty picture but it is one of the most difficult ones I ever processed. I photographed the tiny new Moon at only 19 h and 9 minutes of age yesterday. On the single frames nothing is visible but by adding 44 pictures and enhancing the contrast dramatically, the tiny crescent emerged from the blue background of the sky. It is the youngest Moon I have ever imaged and it was only 9° 15' from the border of the Sun. The faint irregular outline is reminiscent of the light during a total eclipse of the Sun when the border's lower regions let the light through and give raise to Bailey's Beads. The same phase would not be very difficult to spot at dawn or dusk but extremely difficult at noon.

Peter Rosén
Note by CAW: I am having trouble finding the Moon 35 hrs later!