LPOD is Back, Again! 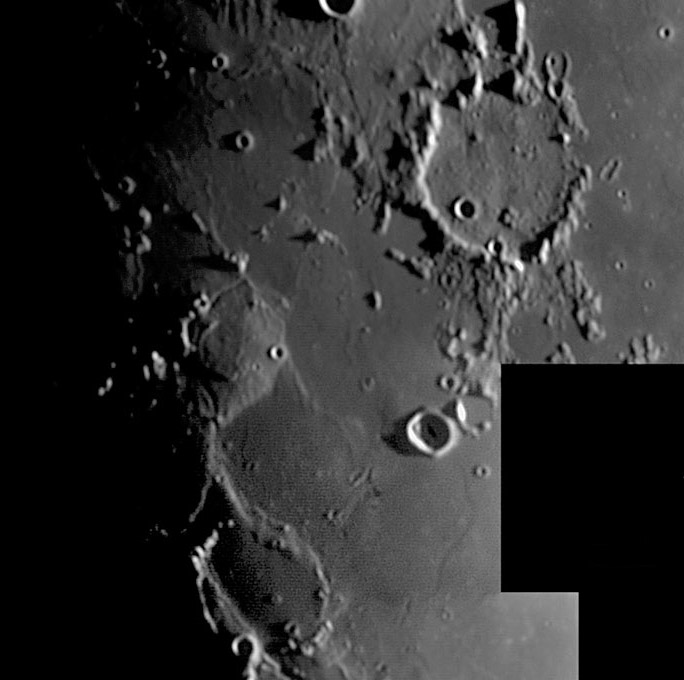 The crater Guericke (58 km, top right) is the southern end of a chain starting with Fra Mauro of old craters shredded by ground-hugging Imbrium ejecta and lumpily filled with air-borne debris from the same mega-impact. To the left of Guericke are marshy lavas of Mare Cognitum and below is Mare Nubium. This low sun view shows another type of terrain forming a broad rise at middle left. This looks like a smaller version of the Gardner Megadome, but it is not certain that this feature is a volcanic dome. It is made of older, pre-existing material that was surrounded by younger mare lavas. The material is the same as the Imbrium ejecta that fills Guericke and Fra Mauro. Cutting the top of the ejecta dome is a segment of a rille; another piece is just visible at the bottom of the dome - this is a named feature: the Opelt Rille. Note that the Imbrium ejecta at Fra Mauro, Bonpland and Parry is also cut by rilles. To the lower right of the Opelt Dome, just beyond Guericke B, is a short curved line that looks like a hair or a rille. In fact it is an odd mare ridge, and even more strangely, it perfectly maps out the right edge of a bluish patch of lava seen on the Clementine color ratio image. And nearby, just north of Guericke B, is a dome that is not marked on the GLR dome map.

Yesterday's LPOD: Ten Days in May

Tomorrow's LPOD: Bigger Than Little, but not Quite Big