A Morning Observation And a New Problem 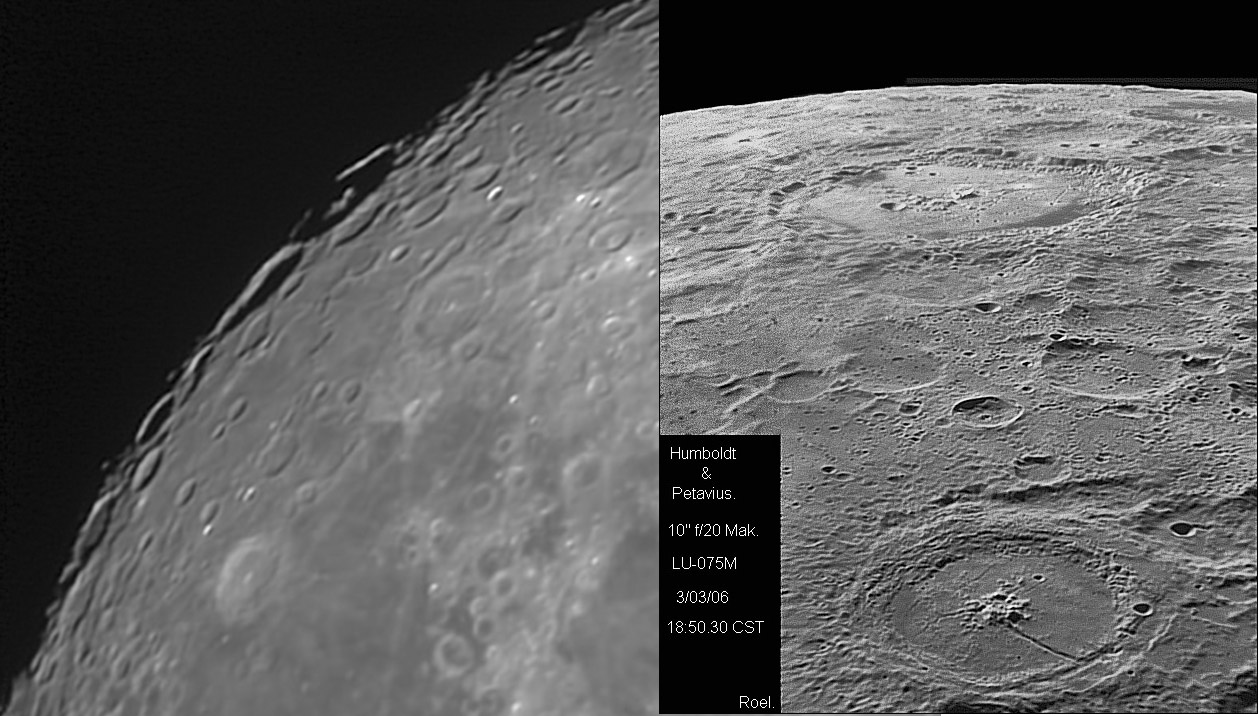 I observed the Moon this morning (Saturday) at 5:30 AM and immediately noticed a long crater at the terminator. What was intriguing was that a massive central mountain stuck up into the setting Sun while the rest of the crater, except the rim crests, were shadowed. And the large peak complex wasn't centered, it extended a considerable distance to the north. From its size and position I knew that the shadowed crater was Humboldt but I didn't know why the peak was so "uncentral". Fortunately, Maurice Collins captured an image (left above) early Saturday morning too, so I had his view to confrim my observations. And his image looks very much like my view for he used a Meade 3" ETX and I obseserved with a 3" Orion Mak-Cass. And then I found Eric Roel's image (right) from a 2006 LPOD, and was reminded that Humboldt has a long linear ridge rather than a central peak. A classic Apollo 15 view shows that there is a central peak, as well as a line of hills. The real question then is what is the origin of the hills? A vertical view from LRO shows long groves of ejecta to the NE, in the same direction as the ridge. Perhaps Humboldt formed from a low oblique impact, creating a central ridge as at Schiller. But Schiller itself is very elongated and Humboldt isn't. The main mass of impact melt is to the SE, indicating that might be the impact direction. And the ridge marks the boundary between a flat part of the floor and the part covered by hills. These clues ought to be enough to suggest an origin for the line of hills, but I don't see it yet. Do you?