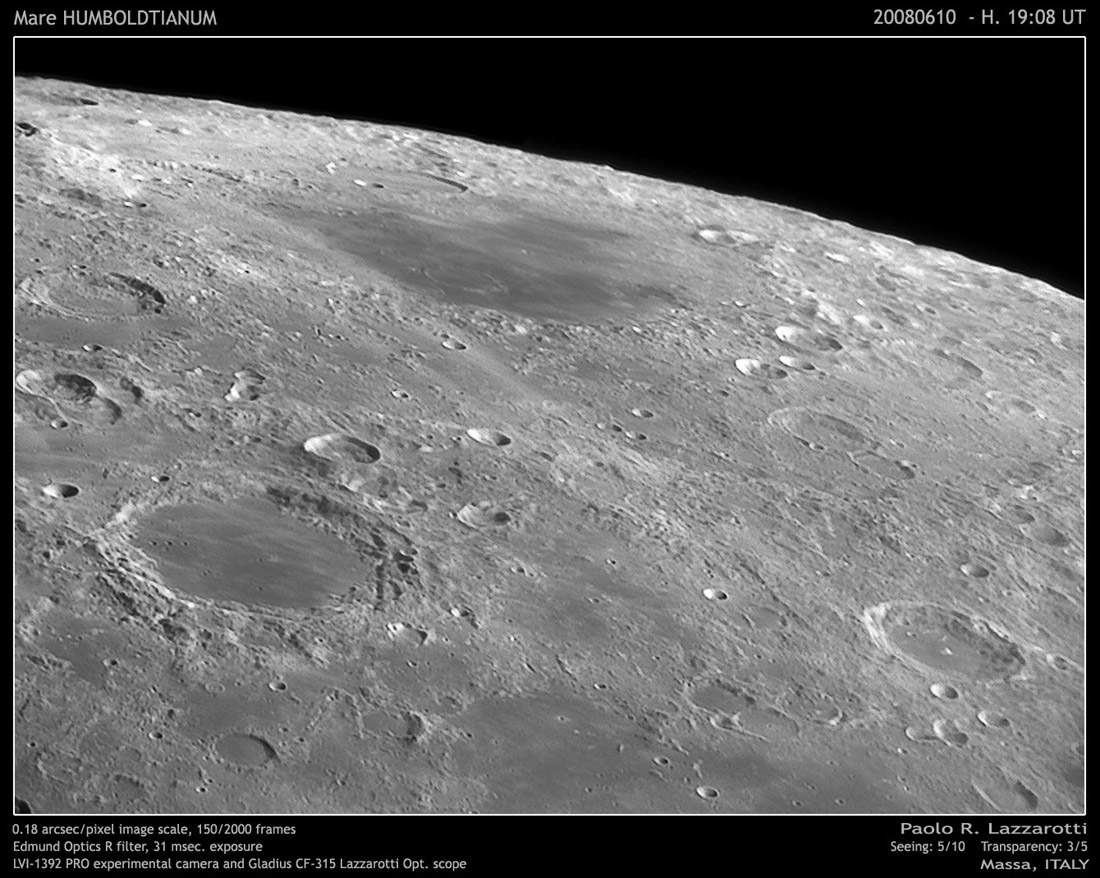 Humboldtianum is another relatively dry basin. Like Nectaris and Orientale much of its lava is concentrated in a smallish pond on the middle of the floor. Mare Humboldtianum is so thin that at least one sizeable crater on its floor almost completely submerged. Additional lava did seep out in the moat between the main two rings - it is visible in low spots, especially on the side of the moat visible here. As is true of most maria away from the Procellarum KREEP Terrain there are few or no volcanic features such as sinuous rilles. A small darker area of the southern edge of the mare may be pyroclastics, and a Lunar Orbiter mosaic shows a steep-sided mound or perhaps a dome at about the same place.

Tomorrow's LPOD: A Corner of Oddities