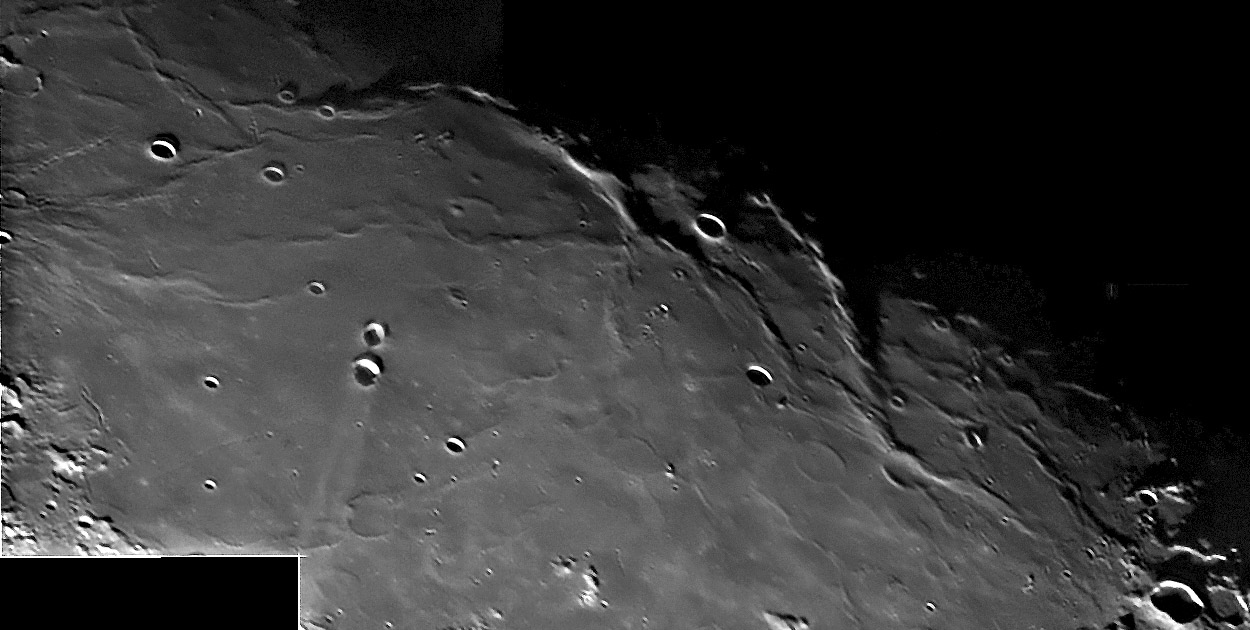 There are many Moons to observe. No one night, no matter how superb, will reveal all the Moon has to offer. We have to keep looking beyond the obvious. For example, many times I've looked at Mare Fecunditatits, usually not getting beyond marveling at the Messier twins, their railway track rays to the west, and opposing - and nearly invisible here - faint butterfly wing rays to the north and south. But as Daniel's low Sun view illustrates there are many other pieces of history to undercover. The largest structures are the mare ridges that may trace an inner ring of a hardly visible Fecunditatis basin - did one eactually exist there? Three or four smaller mare rings near the left margin probably mark earlier impact craters that were inundated by mare lavas. And the nearby rimless crater is either a volcanic collapse strucutre or an impact crater buried by lavas up to its rim. Which was it? Finally, at far left observe the ridges apparently radiating from Taruntius. Mare ridges normally aren't related to impact craters - is this a coincidence?