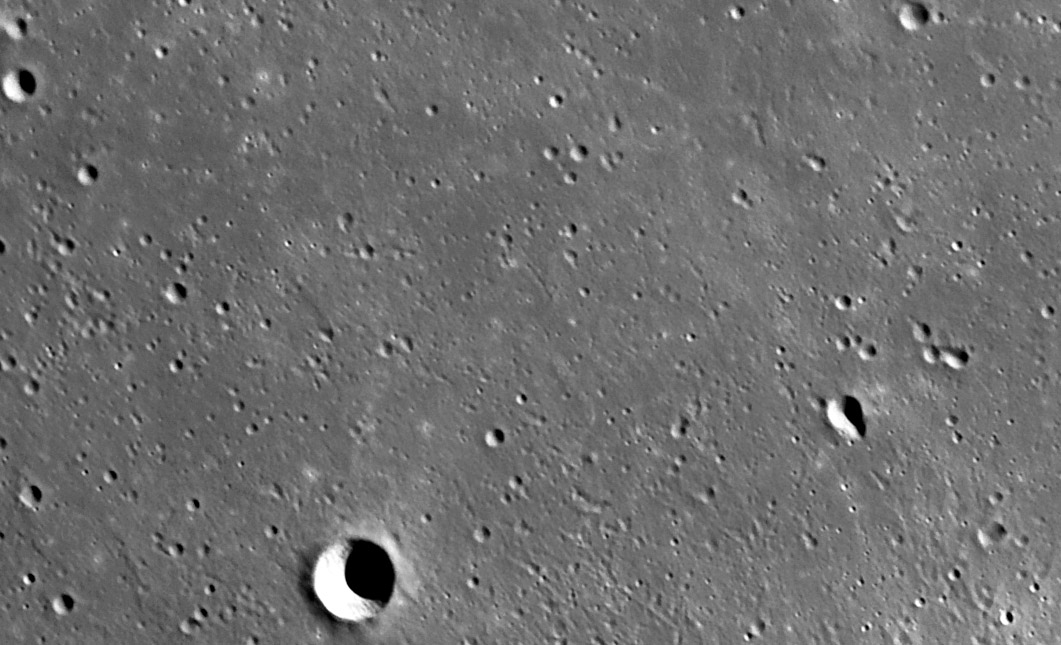 As seen from Earth with moderate resolution the lunar maria often appear as relatively flat plains with few features other than innumerable impact craters. But this isn't moderate resolution and its not a mare surface. This is the floor of Ptolemaeus at a resolution of about 300 m. Jean-Luc, Elie and Philippe have been using the Pic du Midi 1 m aperture telescope with modern amateur techniques, achieving stunning results on the Moon and planets. The image elicits two comments. First, the smooth floor material within Ptolemaeus does look remarkably like a mare surface, showing how fluidized ejecta from the formation of impact basins can easily be mistaken for volcanic rocks. Second, although remarkable results have been achieved by amateurs using 8" to 18" telescopes and digital stacking of hundreds of video images, this example reveals that significantly better images can be realized with larger telescopes that are considered small by professional standards. In fact, many universities have infrequently used telescopes of 24" to 36" aperture that could be employed to image the Moon and especially to monitor Jupiter, which is not orbited by spacecraft. What are you waiting for?