How Big the Moon? 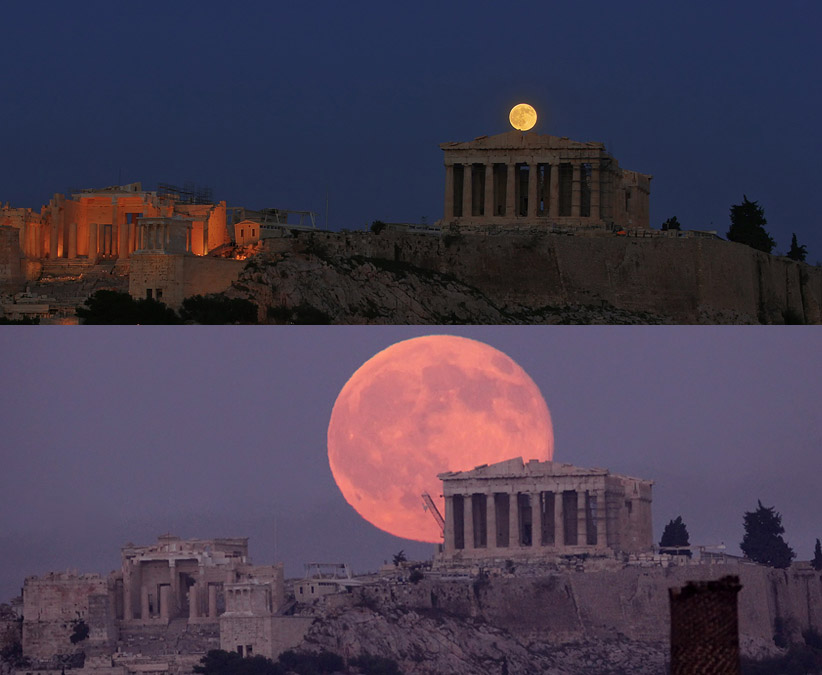 Find the differences! The most apparent is the size of the Moon. In the foreground is perhaps the most famous ancient temple, the 2500 year old Parthenon at Athens, Greece. The apparent size of the Moon compared to the temple depends on the distance between the temple and the photographer. In the upper photo the distance is a few hundred meters, for the photo below the distance is approximately 5 km. A stpry goes with the second photo. It is not easy to capture the Moon with a long distant foreground. After an anticipation of more than two years and several failed attempts I finally caught the Parthenon, and the full Moon, together from the perfect angle and distance! The apparent diameter of the Moon is slightly bigger than the temple's, an ideal proportion for such a composition. As it happens most of the times, at the second that Moon started to rise behind the sacred rock, I realized that I wasn't exactly on the right spot. It took me about 1 second to realize that I had to RUN!!! Fortunately, after a 100 meter run with all my gear, I was in time on the desired spot to snap the picture!