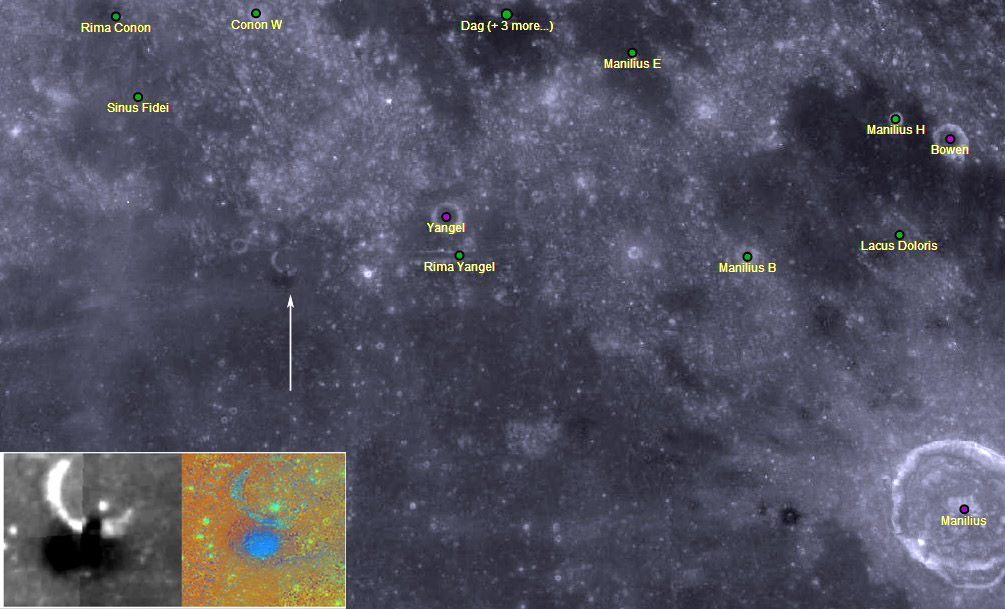 I am starting a campaign to encourage observers to image the small lunar pyroclastic deposit (LPD) located on the summit of the dome Yangel 1. The LPD was identified by Barry Fitz-Gerald and me and was published recently. The LPD is detectable based on Clementine and Selene imagery as shown in the mentioned article. The Yangel LPD is detectable in a Clementine albedo map and is characterized by high R415/R750 ratio. The Selene-1 (Kaguya) color ratio image and Clementine UVVIS multispectral data indicate a higher titanium concentration for the dome and LPD, which show up bluer than the surrounding red mare. To our knowledge this small deposit (4-5 km wide) has not been imaged from Earth. Hence, all imagers and enthusiastic lunar observers are asked to verify if this deposit is detectable using medium/large amateur telescopes. The goal of this project is to image the deposit under high solar illumination near full Moon. Of course, considering its small dimension, high magnification is necessary. Color images (including the supersaturation method) are also welcomed. Combined efforts including all eventual data received will be included in a future report ragarding the visibility (from Earth) of the deposit. Negative results from CCD imagery would suggest that deposit has little obscuring effect on the underlying topography. I will be happy to receive the images for further analysis.


Yesterday's LPOD: Alexander the not So Great