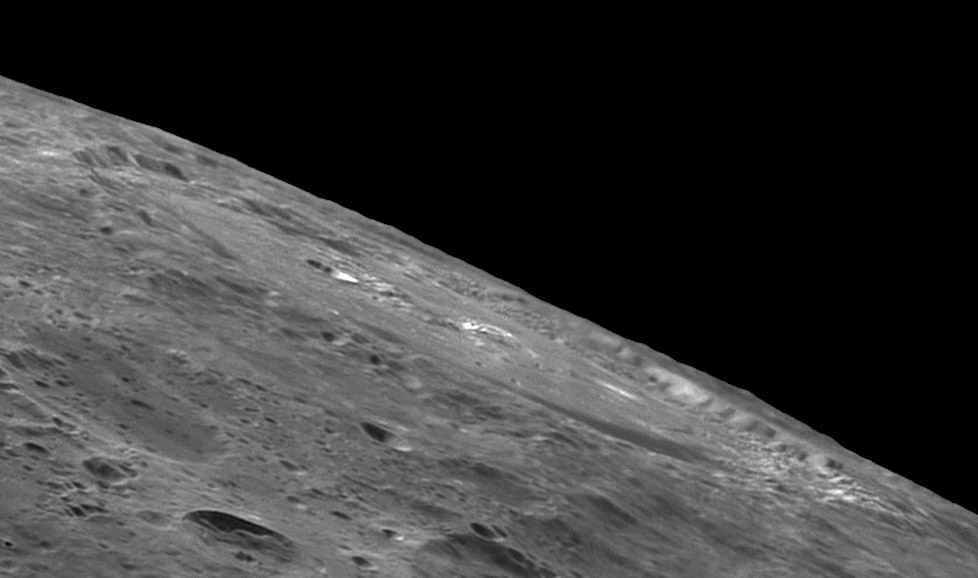 A strong libration lets us peek around to the farside, and rotates craters Earth-ward so we can see more of their floors. But as Damian's image of Humboldt shows, an unfavorable libration presents a nearly profile view of crater walls. We see the scarp-like wall on the right without vertical exaggeration and realize that is is an imposing feature. In fact, it would be a great obstacle if you happened to be on the floor of the crater and needed to get out. But the left wall is lower and the wall between seems very much lower and probably full of passes that would permit entry and exist. An oblique perspective view from another direction - nearly from the opposite side - shows that the low spot is where Humboldt overlapped a pre-existing crater (perhaps). The variation of wall heights and shape demonstrate that crater wallology is a complex subject and we can hypothesize but probably never be able to explain every detail of a crater's rim structure. This reminds me of a conclusion of a volcanologist who had observed the construction of a volcanic cone over its few year lifetime. He said that there were so many events, big and small, that contributed to the development of the cone that no one could possibly deduce exactly how the cone had formed who had not seen it happening - and it was difficult to understand even if you did.
Chuck Wood

Related Links
Rükl plate 60
The Lunar Orbiter mosaic of this area is poor - I await an LRO WAC mosaic to decide if the low spot is due to an
overlapped crater or some other oddity - it doesn't look like an oblique impact.