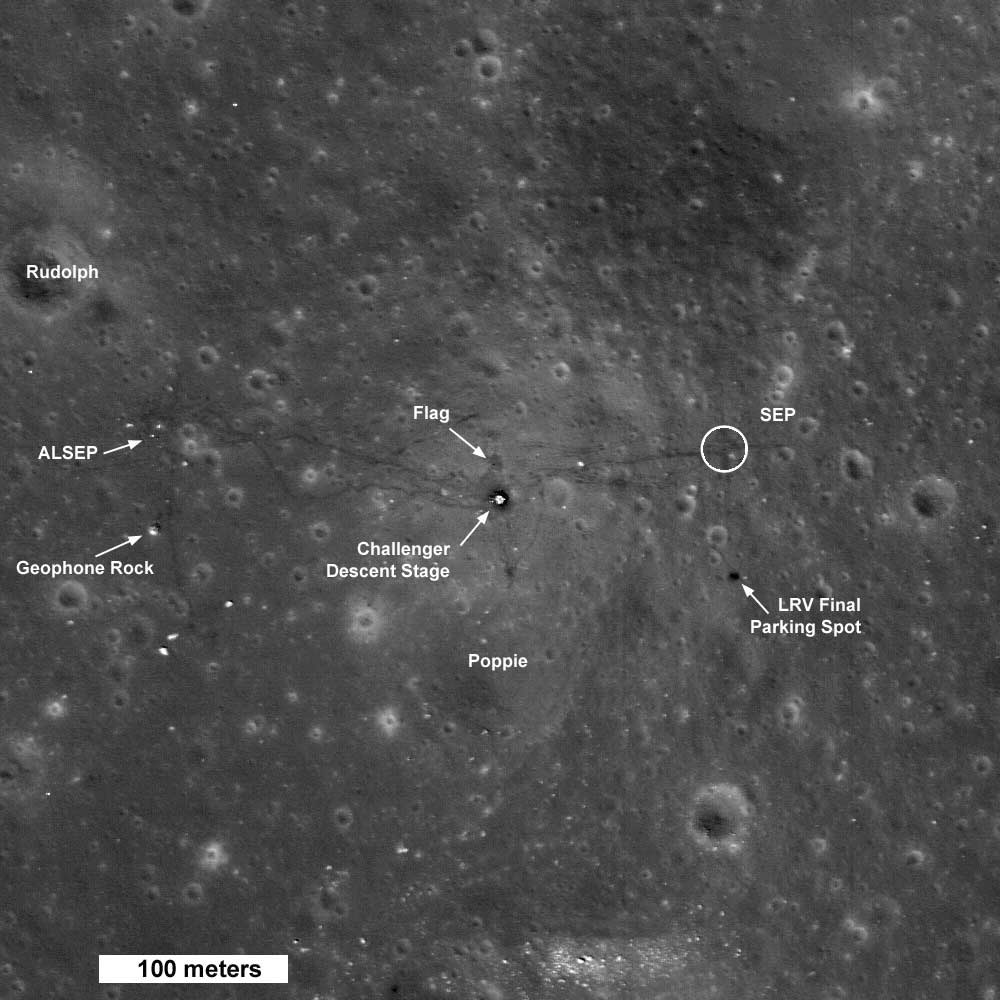 A few months ago the Lunar Reconnaissance Orbiter camera team released amazing images of Apollo landing sites. Now there are better images because the spacecraft has been lowered to its 50 km altitude mapping orbit. This first higher res view clearly shows the disturbed/darkened soil around the Apollo 17 landing site. Look closely to see the twin tracks of the rover, and north of the descent stage is actually the flag. The darkness around the Challenger and its brightness appear to be photographic effects, but perhaps the ground is so strongly disturbed there - from the landing and taking off again - that the intensities are real. The LROC page has identifications of the various instruments scattered across the surface, as well as a nice video that pans and zooms across this image. If you look really closely you can almost see Jack Schmitt and Gene Cernan waving.

Tomorrow's LPOD: Riding Around the Moon