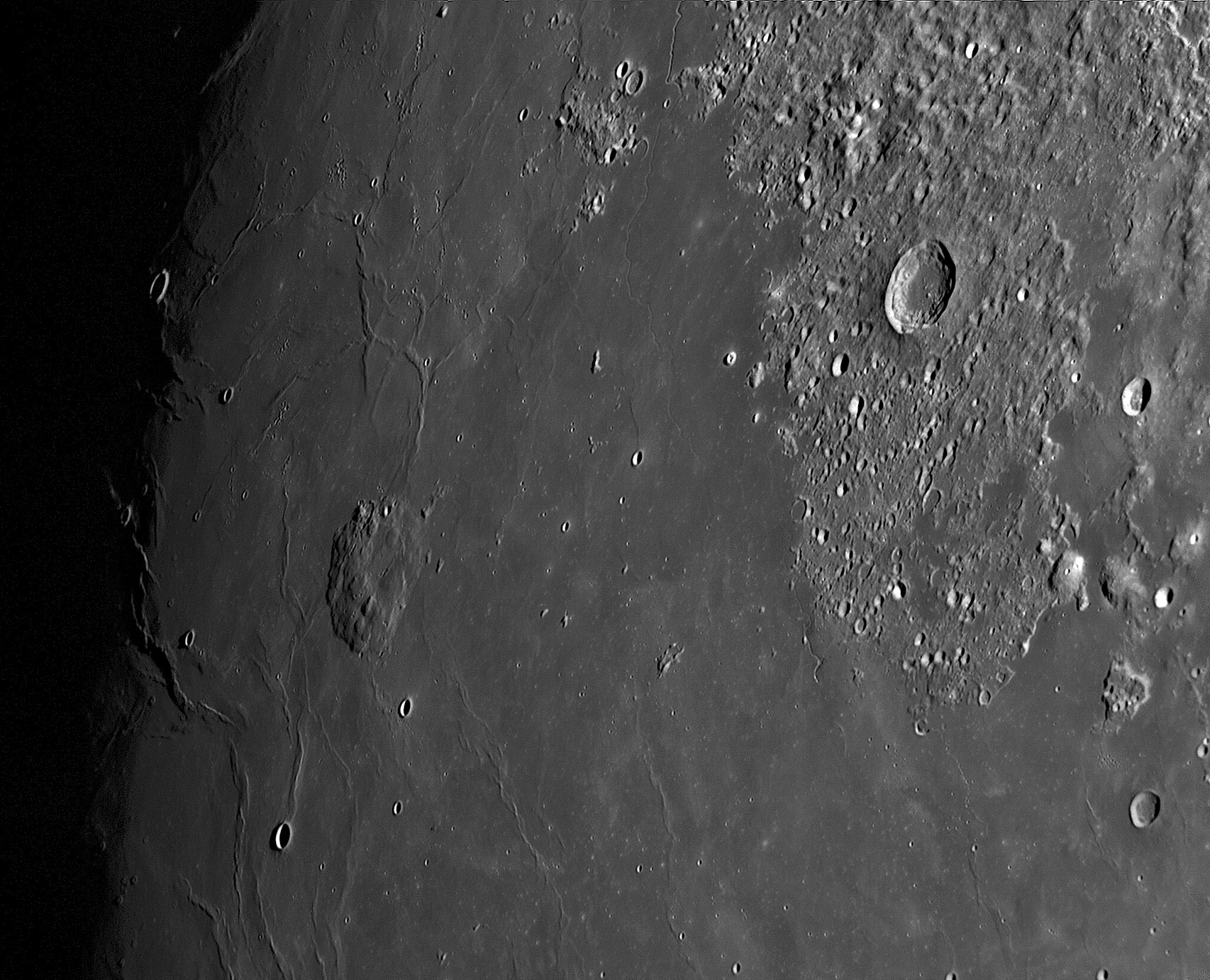 I don't think of the northern bit of Oceanus Procellarum as being a volcanic-rich zone, but it is. The largest volcanic feature is the massive Rümker dome collection. This low light view emphasizes that the domes are clustered toward the south and west and in fact there is an off-center flat place. The partial ring of domes surrounding a low spot is probably why Rümker was thought to be a ruined crater 80 years ago. Moving east near the edge of the ejecta debris beyond the Sinus Iridum crater is the long and menadering Marian Rille. This rille is best defined near its southern end, and at it northern end at the top of the image. Of course, previously it was not realized that the the north and south rilles were connected, so the northern end was named the Sharp Rille. Half way along the rille is the steep-sided and crater-topped, 775 m high unique volcano, Mairan T. While in this area note that there is a upside down vee-shaped area of dark lava that extends between Rümker and the rubbly ejecta to the east. This is younger lava that was emplaced by overflows of lava moving down the Sharp-Mairan rilles. The lavas to the west are hillier, lighter, and more pitted - and they are older. A cliuster of volcanic features exists at the southern end of the ejecta peninsula. The most conspicuous are the stubby Gruithuisen domes that are made of viscous lavas. At the very south end of the peninsula is a faint rille-like feature that looks like a braid of small hills and collapse pits. You can see the large and curved vent area that was the source of this odd feature. The final volcanic landform here is a crater east of the rille that is right on the age of the peninsula and mare. Apollo images showed that this is a strange type of concentric crater, with round hills filling the gap between inner and outer rings. A real question is why is so much volcanism - much of it unique - in this relatively small area of the Moon, in a corner we previously considered bland?
Chuck Wood

Related Links
Rükl plate 9
A previous view of this area.
A previous Rümker