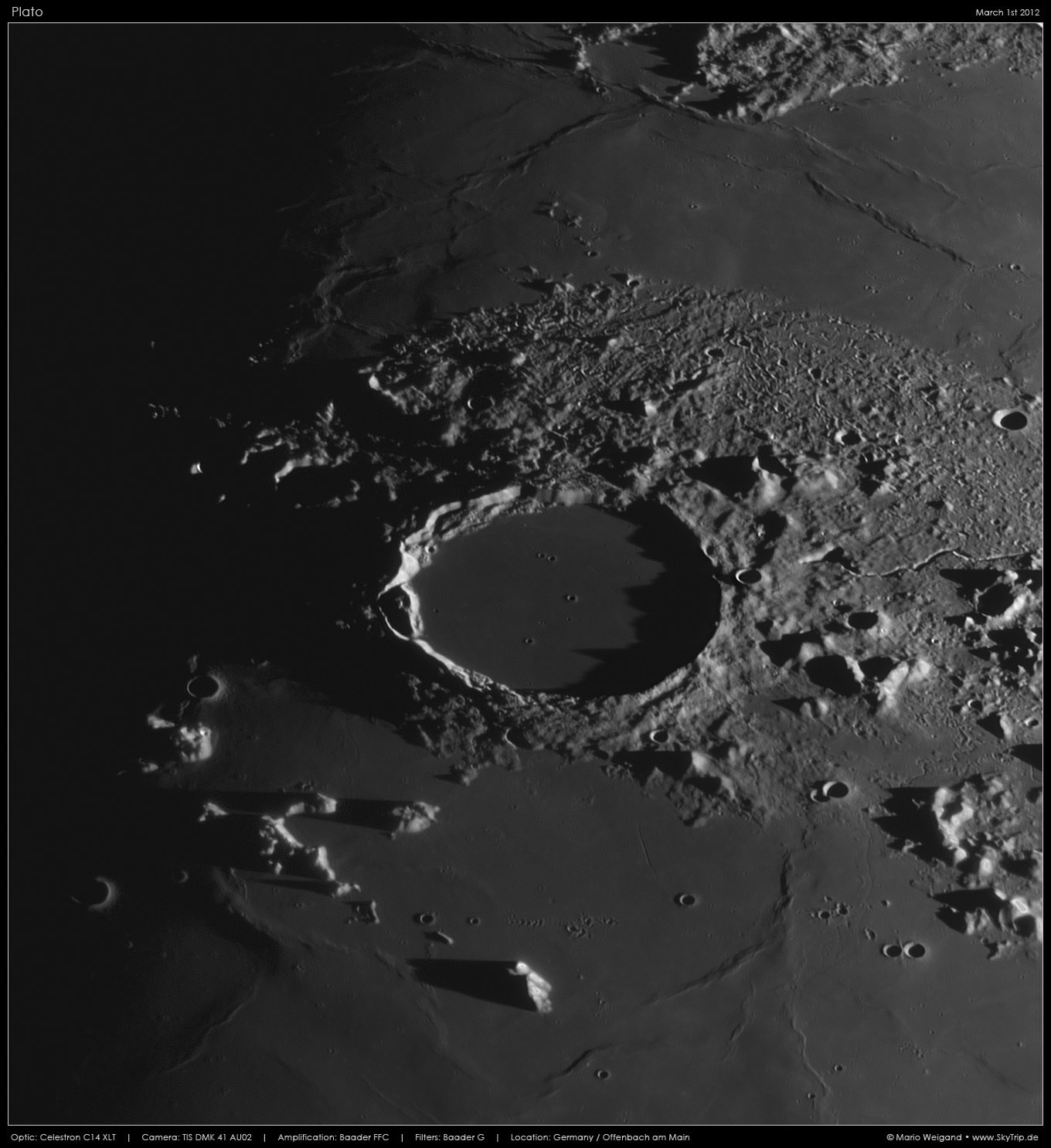 Get out your big screen monitor again because this image demands it. Mario's image of the Plato area is remarkable because of its tonal purity that beautifully depicts near terminator relief. It also show small features that are infrequently seen. The craterlets in Plato are the most obvious example, but the small rilles seen on either side of Plato are notoriously hard to capture. The rille just above the Teneriffe Mountains (bottom left of Plato) is one of the most elusive rilles on the Moon. I first noticed it on an image by Wes Higgins and it has been seen only rarely since. Notice that this little rille seems to have built up a flow that is slightly higher than the surrounding mare. On the other side of Plato is another uncommonly imaged sinuous rille that starts in the rubbly zone east of Plato and wiggles its way to Mare Imbrium where it becomes narrower and less sinuous. After passing near Plato K and KA - the simultaneously-formed crater pair with the line of ejecta between them - the rille divides into two and then later joins again. Rilles don't do that very often. Finally, this great image captures the gash-like feature inside Ancient Newton. I don't know if this is a rille or something else.