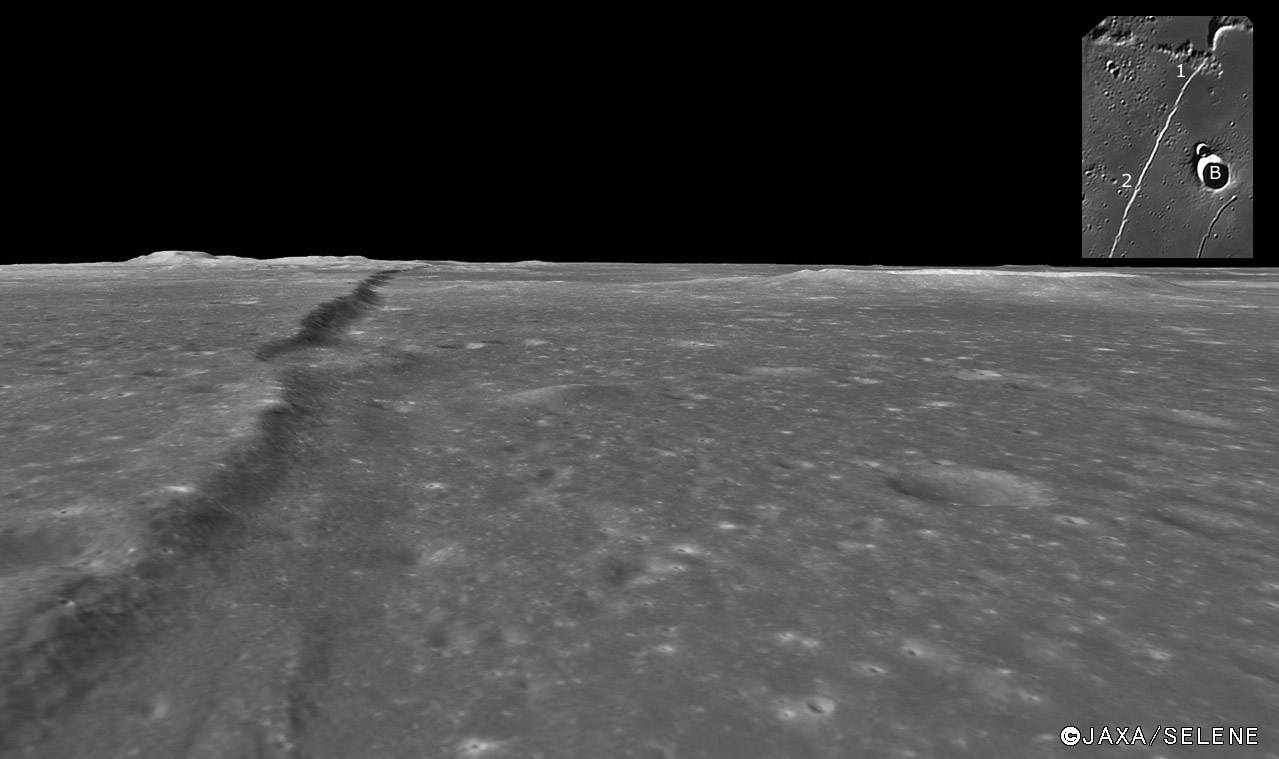 image by JAXA-Kaguya Image Gallery with inset from Zac Pujic

One of the most common subjects for futurist drawings of the Moon before the space age was the Straight Wall - and here we finally see an image with a similar perspective. And what a view it is, with the Wall, not quite so straight, stretching nearly to the horizon, with the bright-rimmed crater Birt (B on inset) seen nearly in profile at upper right. I must admit some disappointment - I had pictured the Wall having more of a clean slope with a sharp edge at the top. But it is like 3.5 billion year old crater rims, worn to a roundness by uncountable small impacts and seismic shakes. The nearest section of the Wall seems less steep than more distant parts, where according to work of GLR (pdf. p 41), the maximum height is almost 500 m and the slope reaches 21°. The nick at point 2 in the inset appears on the Kaguya image to be an old crater; from Earth-based images it appeared more like a sloping ridge along the front of the Wall. This view also suggests a relatively straight tonal boundary that parallels the scarp to the right of it - I don't know if it is real nor what it might be. Finally, the mountains at the upper left horizon make up the cross guard of the sword handle in the sword that Huygen's compared the Straight Wall to.
Chuck Wood

Technical Details
I assume this view was achieved by using stereo images from Kaguya's Terrain Camera to construct a digital terrain map. The map, with the image draped over it,
was then viewed from the north looking southward down the fault.

Tomorrow's LPOD: Buckets of Water On the Moon