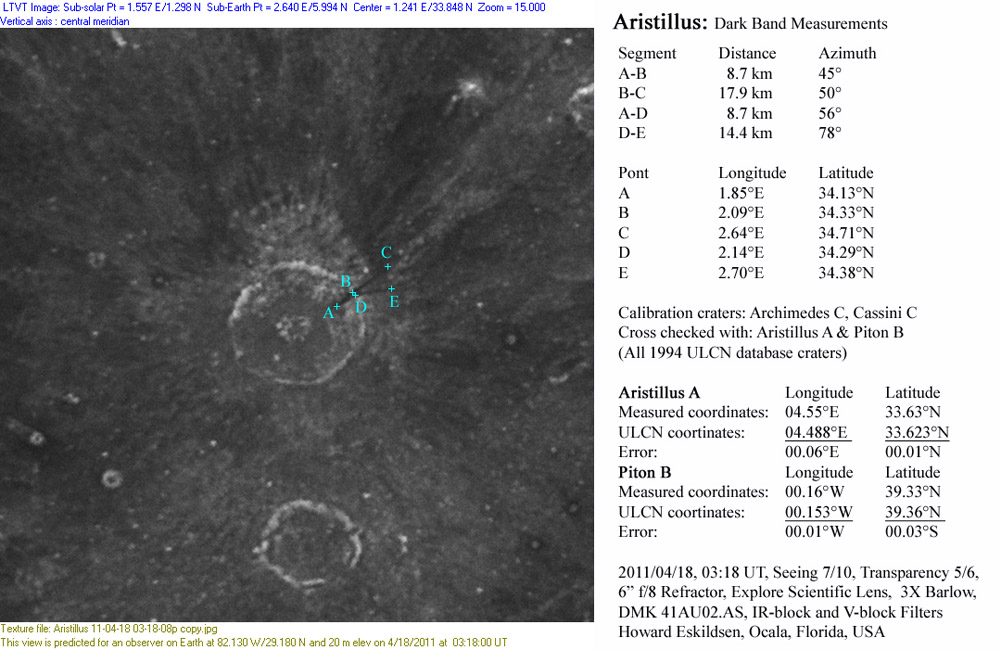 Howard continues to use LTVT to investigate the Moon by making measurements on his own images. Here is his most recent analysis:

Two dark bands arise from the base of the northeastern wall of Aristillus, cross the crater rim and diverge before blending into the background between 14 and 18 km from the rim crest. These bands must have been one of the last features deposited since they are so clear, distinct and overly other portions of the crater. The low albedo suggests that the bands consist of mare-like material, perhaps ejected from a deeper portion of the crater and streamed outward and upward beyond the rim, but not beyond the continuous ejecta blanket. Other possibilities might include pyroclastics or impact melt remnants, but these seem highly unlikely considering the almost linear pattern and absence of other associated markings.