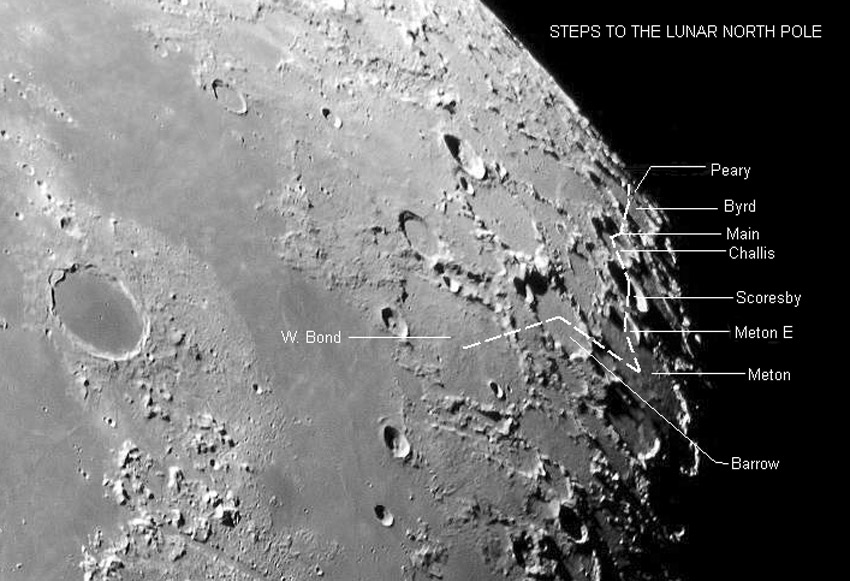 Star-hoppingis the traditional - i.e., pre-goto telescopes - way for observers to find stellar features of interest. Ron has proposed doing the equivalent to find the lunar north pole. He found this great image by Avani Soares in the LPOD Photo Gallery and has added some crater-hopping way points starting at the large crater W. Bond which is easily found opposite Mare Frigoris from Plato. From there Ron hops to Barrow and then side-steps to the giant Meton, all three of these first steps being ancient craters filled with gravelly looking Imbrium Basin ejecta. Next he follows a small crater on the edge of Meton that leads to the young and relatively fresh Scoresby. Next are the twin craters Challis and Main that I always look for as pointers to the larger Byrd and pole-hugging Peary. Perhaps crater-hopping routes are needed for other elusive targets.