The Moon is Dead 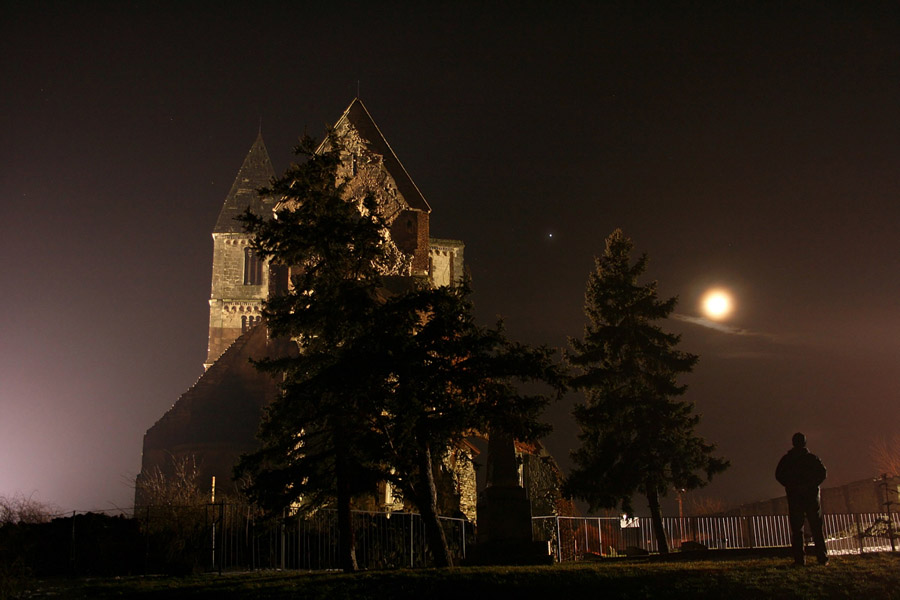 Its time for my ever so often lament on the dearth of remarkable lunar images. The stormy weather in the US and Europe, floods in eastern Australia, and the lack of image releases by LRO all result in few new views of the Moon being available. The Chang'e-1 and Chandrayaan-1 websites have no new images - those missions have been as secretive with their data as SMART-1; a mission that could be considered a failure based on the limited numbers of press releases. Maybe it is a jinx to place a "-1" at the end of a lunar mission name. Perhaps Apollo was successful because the lunar missions started with 8, not 1 (which was an on-ground disaster). LRO did have a new data dump in December, for those who can deconvolve the data from LOLA, Mini-RF and the LRO WAC to produce pictures. In the meantime we are lucky to have a beautiful image of the recent conjunction of a corona-fied Moon and Jupiter, and a scary ruin.