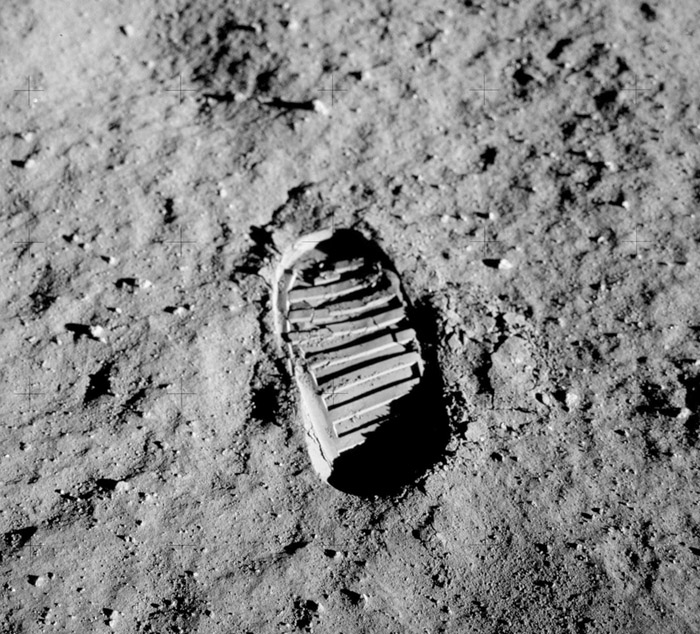 Last year was the hoopla, but July 20 is a time to remember the amazing courage, skill and luck that was the Apollo 11 landing on the Moon. To paraphrase Lincoln: the world will little note nor long remember what we say here, but history will never forget what the brave men, and the tens of thousand of their team members on Earth, accomplished 41 years ago. I was an adult that July 41 years ago, having just returned from the Peace Corps in Africa. I saw the launch at the house of a friend in New Jersey, and while the astronauts flew to the Moon, I took a bus to Boston and sat on another friend's living room floor to watch the landing coverage. 41 years ago. And it has been 38 years since any one else went to the Moon; I will probably never see a human on the Moon again. Future historians will find it incomprehensible that humans let generations pass before they ever resumed exploration of the universe. Or maybe historians will wonder why no one ever went again.