Phases in the Classroom 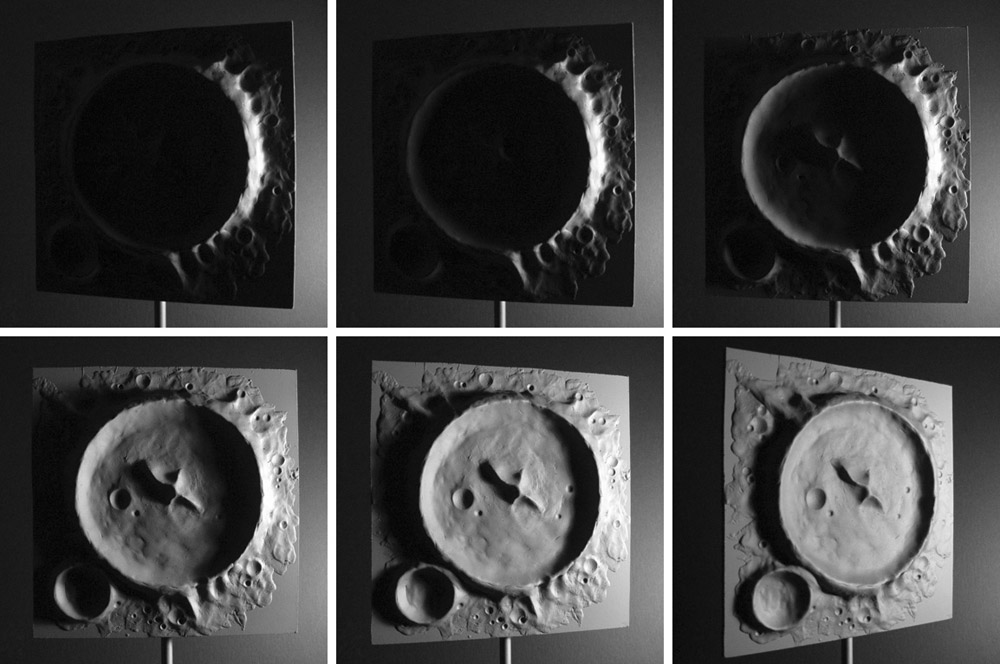 Bob Crelin, the author of the wonderful children's book, Faces of the Moon, often gives talks to kids about lunar phases. To demonstrate how the details on the Moon change with phases he has made this revolving model. Bob was inspired by Galileo's account of how craters appeared from the shadows and changed in appearance as the hours and days passed. Bob writes: I used modeling clay on a square board, which was mounted to sit vertical on a stand. With the room darkened, I slowly rotate the board with a single light source aimed at it. I point out the crater features as they "appear" over time. This gives people an idea of what Galileo observed, and it also gives them an appreciation of what he had to deduce from this phenomena. This is a very nice model and would be a good prop for others to make and use in talks with astronomy clubs and student groups. In a darkened room it could be very dramatic.