No Room for Strikes 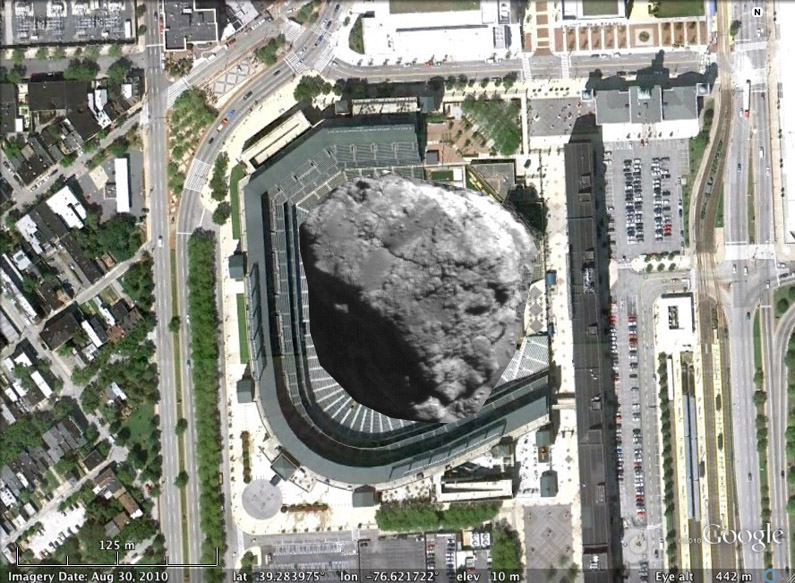 It is hard to appreciate the scale of objects that lack familar surroundings. The 120 m wide boulder on the top of Tycho's central peak looks small and delicate - an egg in a nest. But a brief glance at Jeff's composite image reveals the failure of that metaphor. The egg is far bigger than any beast - it is the size of an American baseball park. This rock also is the size of some of the small asteroids that whizz pass Earth, often unobserved until near closest approach. If the Tycho egg were such an errant asteroid and actually entered the Earth's atmosphere it would disintegrate before reaching the ground, forming no crater, not even one the size of a ball park, but would scatter meteorites across the surface.

Technical Details
Which ball park is this?