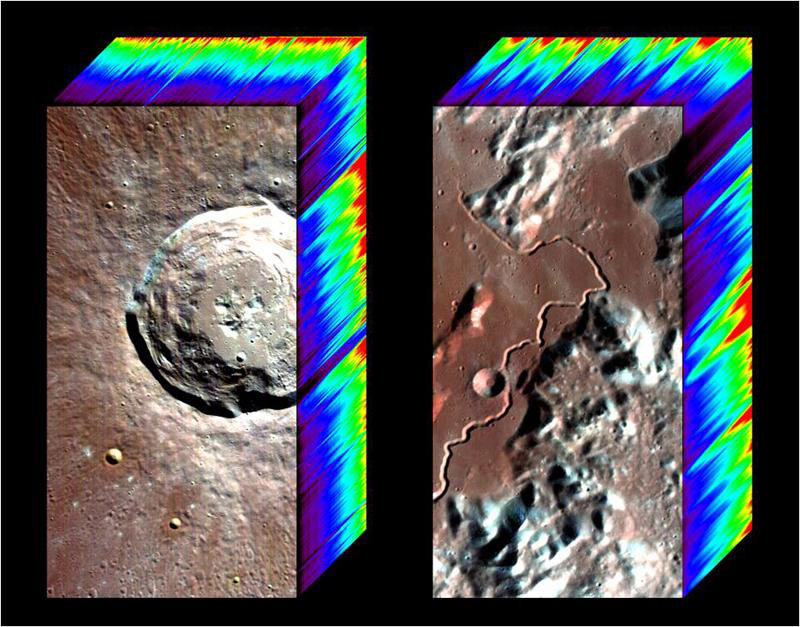 When not rescuing maidens and dowsing the fires of dragons, ancient knights sought treasure. The treasure was always of great value, but difficult to get, requiring both work and cleverness to release it from its guardians. A new treasure trove of lunar data is a little like that. The Moon Mineralogy Mapper that flew on the Indian spacecraft Chandrayaan-1 was the most sophisticated spectrometer ever sent to the Moon. It created data cubes, each being an image of part of the surface in one of 85 wavelengths. The treasure is so rich that it will take a generation to exhaust, all the time revealing more about the chemical makeup of the lunar surface. Until today only a handful of M3 images have been released, but now about half of all the data is available from the NASA PDS Imaging Node at JPL. Unfortunately the PDS data format is nearly inscrutable to anyone not on an instrument science team, and most knights have little chance of success. But I expect that some amateur lunar scientists will discover ways to read and display the M3 data, constructing high resolution spectra and images of every compositionally interesting place on the Moon. What valiant knights will free the captive M3 treasure? They will become companions to the heroes who have freed the LRO WAC images, long protected by minotaurs of data complexity.

Chuck Wood
9 years since a terrible morning unleashed hatred and fear, with bravery around the edges.