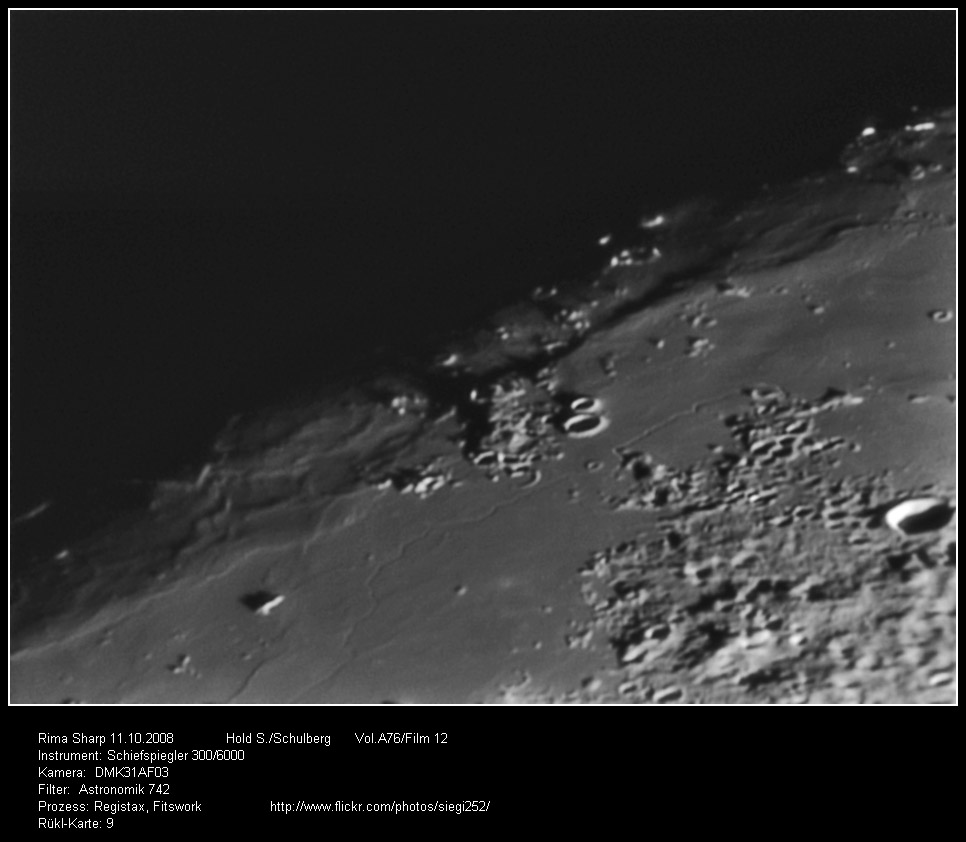 According to the IAU the length of the Sharp Rille is 107 km, but actually its more than twice that, and most of its length is visible on Hold's dramatic image. Jim Mosher's measurements on a Lunar Orbiter image show that the rille width is mostly about 1100 m and its depth decreases from 300 m to 200 m from north to south. From the full-resolution Kaguya topo map it appears that the northern end of the rille is one contour interval (1 km) higher than all the rest of the rille, implying that for most of its 250 km length the elevation change was less than 1 km. To the west an unnamed mare ridge parallels the rille, and the surface beyond the ridge is crossed by numerous wormy-looking smaller ridges. Harry Hiesinger's mare age map shows the lavas containing the rille to be very young (~1.3 b.y) whereas the ones beyond the mare ridge are 2 billion years older (3.4 b.y.)!

Tomorrow's LPOD: A Call To Arms