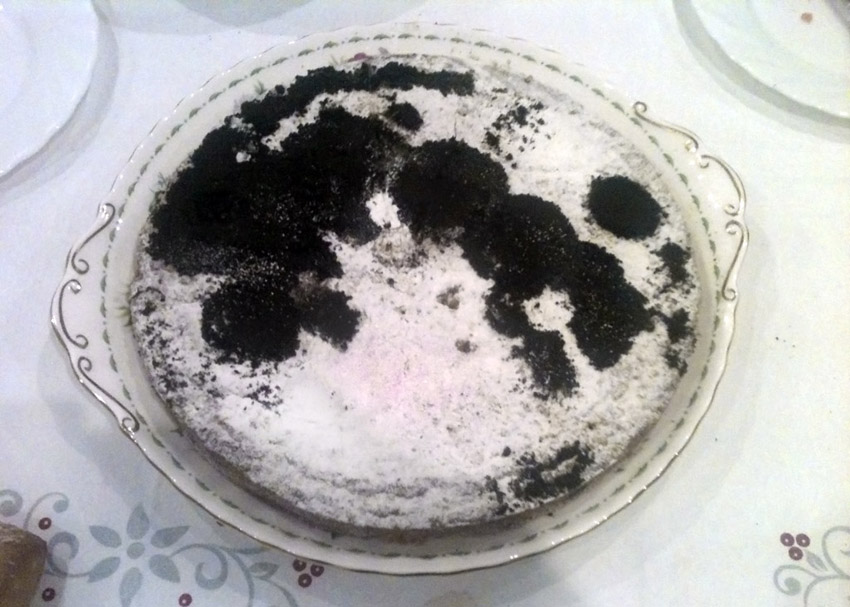 Today I had my 48th birthday party. A group of friends led by my wife threw a surprise birthday party for me. All of them are amateur astronomers and most of them have listened very patiently to some of my lectures on observation of the geology of the Moon using amateur equipment. The picture was taken just after I blew out the candles on the cake. Lunar mantle and crust were made using a typical Spanish almond-cooky recipe (Tarta Santiago). Mare basalts were made with mashed Oreo cookies, highlands with sugar glaze and, indeed, it included also a Tycho sugar grains-eyecta covering most of the southern hemisphere.