Not in the Textbooks 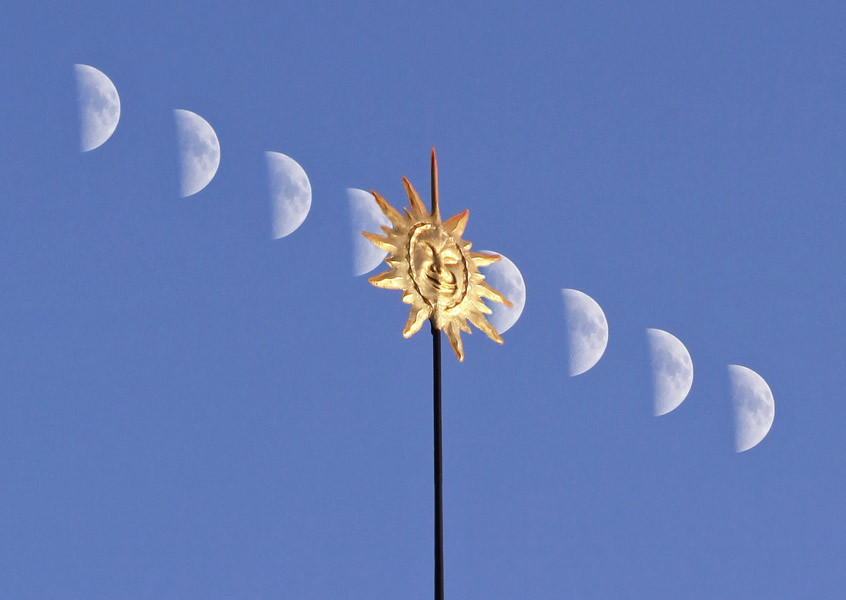 Coming back from work on the 10th of May, I stumbled upon an unexpected total eclipse of the Moon. The Moon was at first quarter and it passed behind the Sun, two facts that make it difficult to explain using the traditional laws of physics. It's also interesting to notice that the Sun has high activity with several protuberances visible all around the golden disc. I made the observation above the City Hall where the Nobel prize banquet is held every year in december. 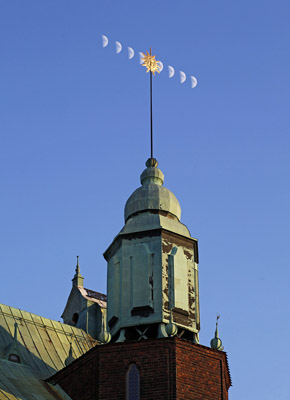 Tomorrow's LPOD: After And After; No Before