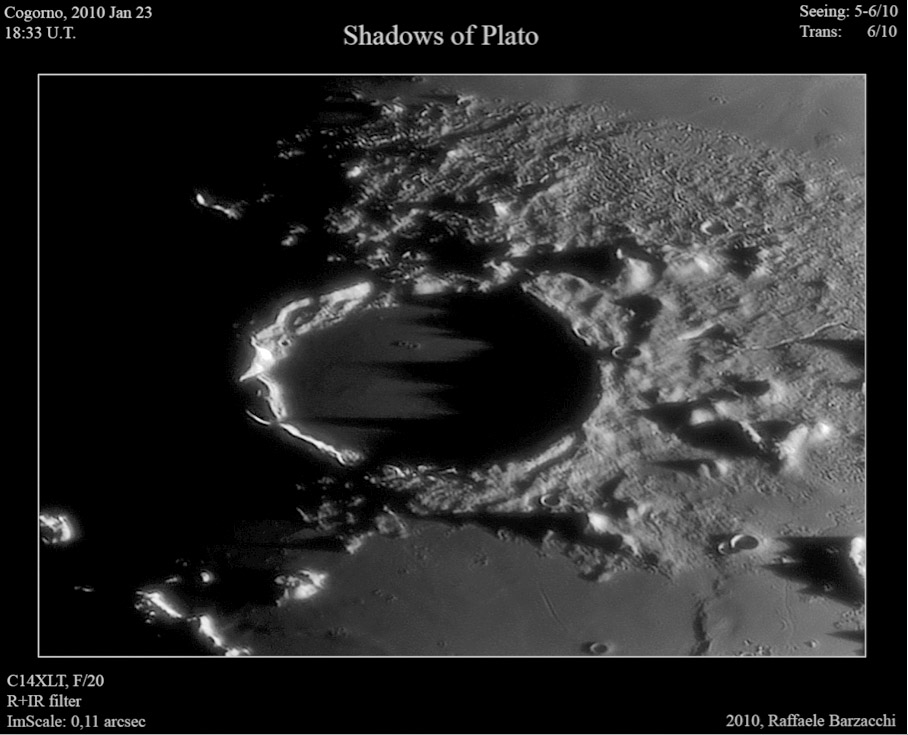 Can any observer get too much of Plato? I doubt it, for every illumination reveals features of interest. Raffaele's masterpiece of shadows captures enough details for multiple LPODs. At the center of attention are the long shadows, the southern most even reaches the western wall, nearly to its rim crest. Jim Mosher has done a careful study of these peaks, finding heights of 3200, 2600, and 1900 m from south to north. Rilles are also common, from the easy (Plato Rille at center right), the rille segment at bottom right, and the gash-like rille on the floor of Ancient Newton. At top center is an apparent flat-floored rille that has been partially buried and disguised by ejecta from Plato and perhaps Imbrium. A less certain trough is south and east of the main one. The Moon has endless layers of history with only the most recent easy to read.